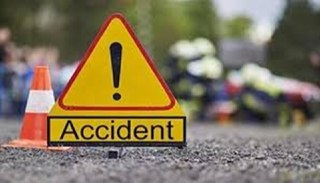 No fewer than 11 persons were burnt beyond recognition in an accident that occurred on Sunday at Agulu lake, in the Anoacha Local Government Area of Anambra state.

This was made known by Margaret Onabe, the State Sector Public Education Officer of the Federal Road Safety Corps.

According to Onabe, the fatal road traffic crash occurred at Agulu lake bridge by Awka-Ekwulobia Road on December 26, 2021, around 4:39 pm.

The FRSC attributed the fatal crash to wrongful overtaking and speeding.

According to an eyewitness report, the driver of the L300 who was speeding, overtook a vehicle wrongfully and collided with the Mack truck. The shuttle bus ran into the already collided vehicles.

Twenty people were involved in the crash.

According to the statement, 11 people including one female child were trapped inside the L300 bus and burnt beyond recognition.

However, five passengers from the HIJET bus were rescued alive and unhurt.

The injured victims were rushed to St. Joseph Hospital where 4 were confirmed dead by the doctor on duty and their corpses deposited at the hospital morgue.

The FRSC rescue team from Nanka are on the ground to manage the situation and divert traffic.

The Sector Commander, Anambra State, Corps Commander Adeoye Irelewuyi, sympathised with the families of the dead victims and wished the injured victims a quick recovery.

He urged the public to ensure the road is clear before overtaking and also maintain stipulated speed limits.

Traffic rules and regulations must be obeyed at all times, the Sector Commander warned.