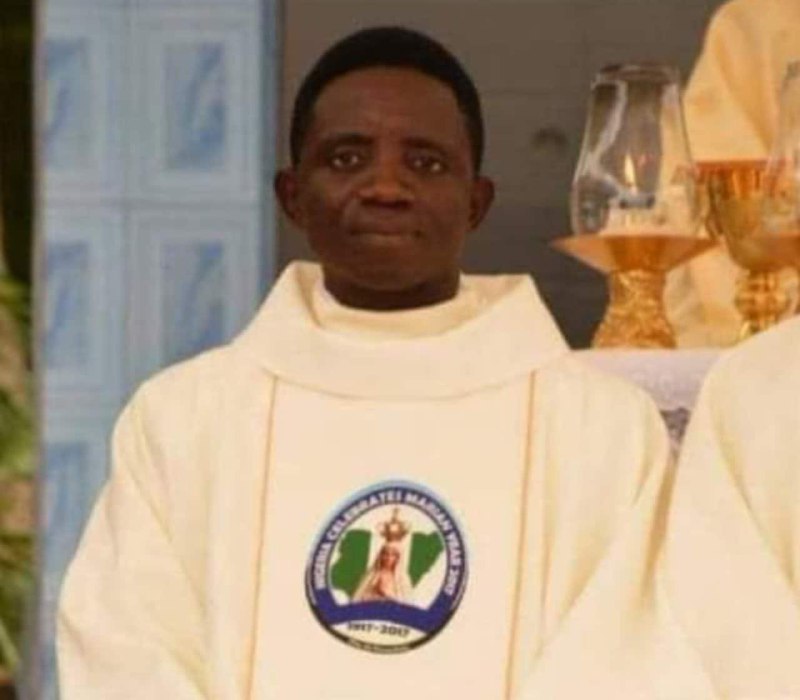 A family and Church members have been thrown into mourning in Ogun State amid Christmas celebration after some gunmen shot dead Reverend Father Luke Adeleke.

The incident, Naija News learnt happened at the Ogunmakin community in the Obafemi-Owode Local Government area of the State on Friday night.

It was reported that Fr Adeleke was waylaid by his assailants while returning to his residence after attending a mass on the Eve of Christmas.

“Fr Luke Adeleke was shot dead by gunmen while returning from a mass on the Eve of the Christmas,” said a source who reportedly disclosed the incident to Daily Post said.

Another source disclosed that, “Fr. Luke Adeleke had left his Parish to an outstation church to celebrate the Christmas Vigil Mass.

“We learnt that he was on his way back when some gunmen attacked and killed him.

“He was said to have been transferred from Gotta Parish Ogun State to another Parish before the unfortunately incident.”

Confirming the disturbing incident in a statement dated Sunday, December 26, the Ogun State Police Command through its spokesman, Abimbola Oyeyemi, said “the gunmen exchanged fire with policemen in the area, saying they later escaped with bullets wounds.”

The police PRO said, “It happened in Ogunmakin in Obafemi-Owode Local Government Area of the state on Friday.

“The policemen engaged the gunmen in gunfire. Some of them escaped with bullets wounds.”

However, the Imo State Police Command has confirmed the arrest of the son-in-law of the former Governor of Imo State, Rochas Okorocha, Uche Nwosu.

Anaedoonline.ng had earlier reported that Nwosu, was abducted by unknown gunmen on Sunday morning.

It was disclosed that Nwosu was abducted at about 11: 55 am in front of St Peter’s Anglican Church in Eziama in Nkwerre Local Government Area of Imo state.

The command in a statement released on Sunday disclosed that Nwosu was not kidnapped as widely reported but was arrested by the police.

According to the state police command, the former governorship candidate was arrested and is currently in police custody.