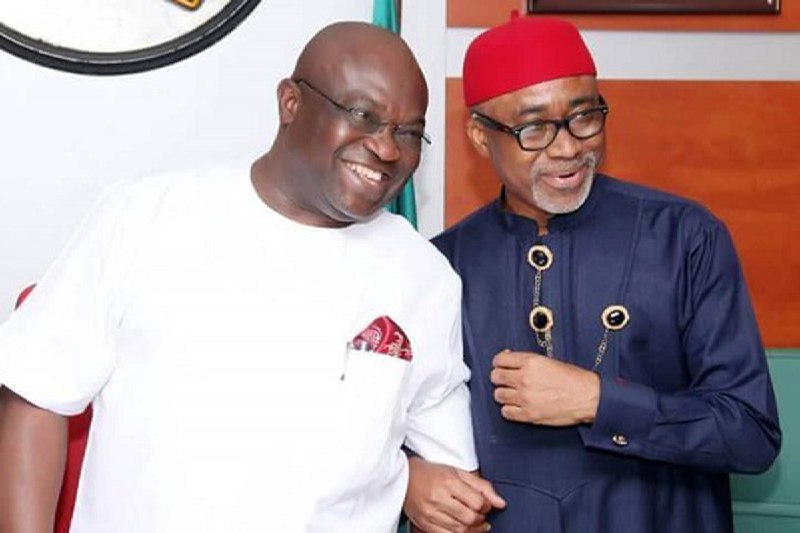 According to reports, Abaribe, who represents Abia South, has joined the 2023 Abia governorship race.

The reports stated that Governor Okezie Ikpeazu was surprised when Abaribe told him about his ambition, adding “The governor thought it was the usual Christmas homage. The twist is that we learnt that some of the stakeholders that came with Abaribe didn’t know his mission. They too were surprised when Abaribe made his intention known to the governor.”

However, the state government said some of these reports are factually incorrect while some others carry certain misleading insinuations and needless innuendos.

The Chief Press Secretary to the Governor, Onyebuchi Ememanka, in a statement said indeed Ikpeazu received Abaribe in his home on December 24 on a scheduled Christmas visit which had become an annual ritual of sorts.

He noted that Abaribe made his intention known to the governor.

The statement further read, “It was in the course of the visit that the senator informed the governor of his intention to throw his hat into the ring when the contest for the 2023 governorship election in the state starts”.

The governor expressed his strong belief that power comes from God and that He cannot leave it entirely in the hands of men.

Ikpeazu pointed out that he is not thinking about the politics of 2023 now because “doing so will be tantamount to a technical abridgement of his own tenure and is capable of distracting him from the serious issues of governance in the state currently”, adding that he is presently occupied with ensuring that some critical road projects are dealt with.