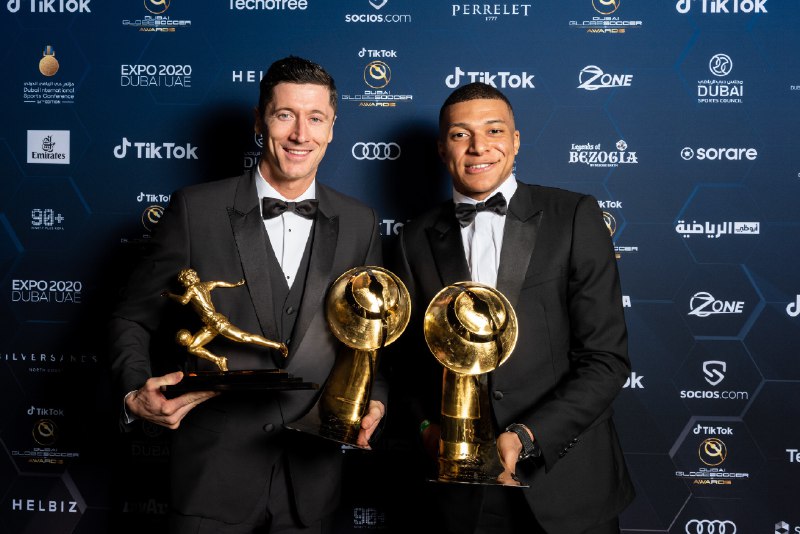 Paris Saint-Germain forward, Kylian Mbappe has won the ‘Best Men’s Player of the Year’ at the Globe Soccer Awards in Dubai.

He won the prize ahead of his team mate, Lionel Messi.

Mbappe has scored 36 times for PSG in 2021, as well as contributing a number of assists.

The France forward however failed to score as his country crashed out of Euro 2020 in the round of 16, missing the decisive penalty.

Italy’s success at the European Championships was reflected in some categories with Roberto Mancini named coach of the year, Gianluigi Donnarumma goalkeeper of the year, Leonardo Bonucci the best defender and the Azzurris named national team of the year.

Chelsea were voted the best club Men team after Thomas Tuchel led the Blues to their second Champions League crown.

Manchester United’s Cristiano Ronaldo was honoured for breaking the men’s international goalscoring record with Portugal, in a year where he also brought up 800 senior goals.