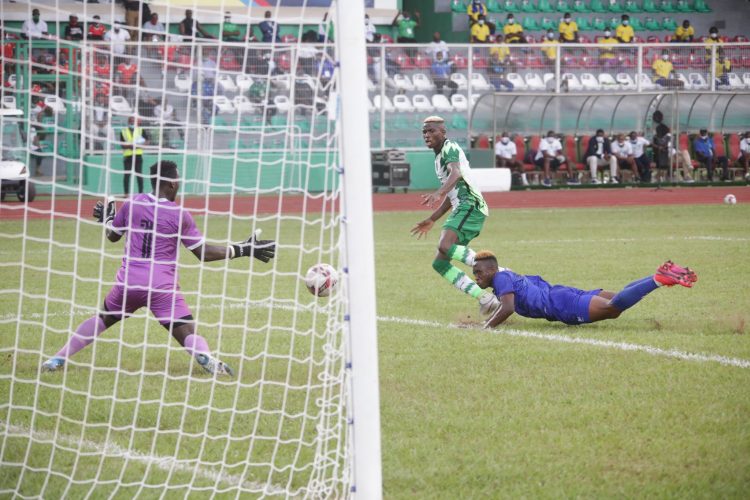 Italian professional football club has moved to restrict Nigerian football star, Victor Osimhen from playing for the Super Eagles at the 2021 Africa Cup of Nations, AFCON, in Cameroon.

Anaedoonline.ng reports that Osimhen is currently recuperating from a collar bone injury and Napoli is curious about his well being.

The 2021 AFCON begins on January 9 and ends on February 6, 2022, and there is much anticipation from the Nigerian national team to have Osimhen back in the squad.

The 23-year old player is understood to have spent this year Christmas break in Nigeria with his family but he’s expected to return to Napoli on Friday for a medical check after a cheekbone surgery he underwent at the end of November.

According to Football Italia, Osimhen may not be allowed to play against Juventus on January 6 and even in the AFCON, adding that “it will be Nigeria’s responsibility to consider the player available for the tournament in Cameroon.”

The Super Eagles are to face Egypt national team on January 11 and Osimhen’s hope of playing is hanging in the balance as his club’s doctor has said he is not yet fit for action.

Anaedoonline.ng understands that Osimhen had shown interest in playing for Nigeria at AFCON days ago despite three months suggested for his recovery.

The young star said last week that he would be fit to feature in the AFCON.

Meanwhile, Nigeria’s training retreat starts on Wednesday and it is still unclear whether or not Osimhen will join his Super Eagles’ teammates for the first training session before the tournament starts.