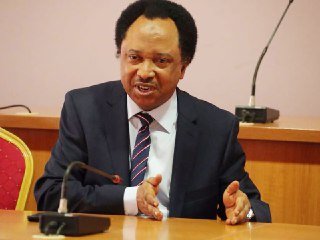 Former lawmaker, Shehu Sani has suggested to the Nigerian Football Federation (NFF) the ‘best’ way to get the right players to represent Nigeria across competitions.

Anaedoonline.ng reports that the Kaduna State politician took to his verified Twitter page on Wednesday to give his humble opinion.

Sani who is observed to be a lover of soccer told the NFF that fans would make a better selection of players for the national football team through a voting process if tried.

The governorship hopeful wrote: “The best way to Select Players to play for the National Team is for the @thenff to publish all the names of professional players so that Football fans to vote for each position.

“Those with the highest votes become the Super Eagles to represent Nigeria.
Thank you.”

Primate Ayodele had predicted in his December prophecy that the nation’s National Football Team, Super Eagles will not win the 2021 AFCON.

According to him, the Super Eagles would be sent out of the tournament technically.

The AFCON games is scheduled to kick off in Cameroon on January 9, 2022. The tournament was postponed earlier due to the effect of the Coronavirus pandemic across the world.

Reacting, however, to Primate Ayodele’s declaration ahead of the games, Sani who represented Kaduna Central in the National Assembly during the 8th senate said in a tweet on Monday that the cleric had only predicted that Nigeria would not win, but failed to state who the winners would be.

“My Brother Primate Ayodele prophesied that Super Eagles will not win AFCON but refused to prophesy which country will win,” Shehu Sani tweeted.