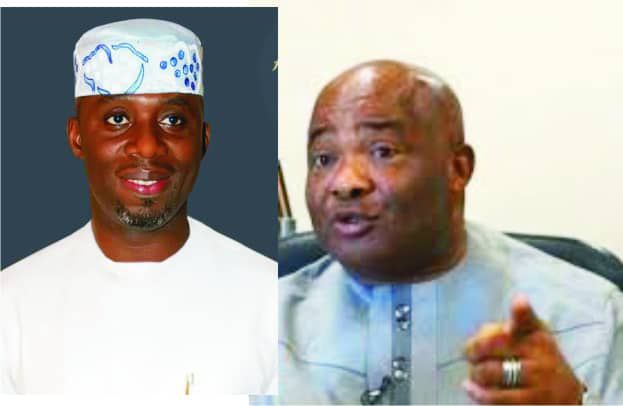 The Imo State Government has reacted to the allegations made against Governor Hope Uzodinma by a former governorship candidate in the state, Uche Nwosu.

Anaedoonline.ng reports that Nwosu had accused Uzodinma of being behind his arrest at St Peter’s Anglican Church in Eziama Obaire, Nkwerre Local Government Area of the state last Sunday.

In a chat with newsmen on Tuesday, Nwosu recalled how he was arrested in church, stripped half-naked, handcuffed and taken to Enugu airport where he was placed in a chartered aeroplane.

The son-in-law to a former governor of the state, Rochas Okorocha, said the plan was to assassinate him from the way he was handled.

Nwosu disclosed that an unnamed young man, who accused him in a viral video of giving him money to escalate insecurity in the state was sponsored by governor Uzodinma.

He, therefore, asked the Inspector General of Police, IGP, Usman Alkali Baba, to investigate persons behind his arrest and probe the owner of the private jet which was used to fly him from Enugu to Abuja.

Reacting in a statement on Tuesday, the state Commissioner for Information and Strategy, Declan Emelumba, refuted Nwosu’s allegations that Uzodinma was responsible for his recent ordeal.

Emelumba advised Nwosu to address the petition written against him and stop dragging the state governor into his predicaments.

He said: “This is a malicious concoction, that can only be made up by a drowning man. It is pitiable that rather than go into a sobering reflection on his arrest, Nwosu, upon his release on bail, was in a hurry to allege without any proof that his arrest was masterminded by Imo State Government.”