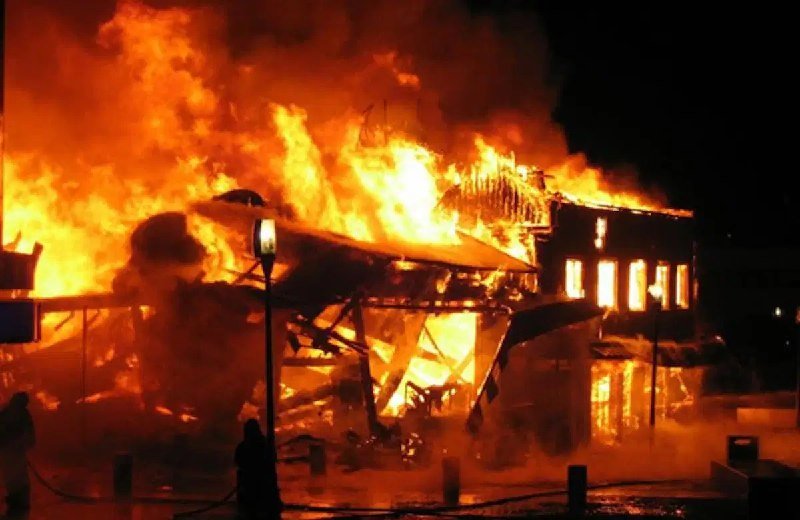 Fire has razed some houses, lock-up shops, and property worth millions of Naira around Mile 50 layout, in Abakaliki, the Ebonyi State capital. The incident occurred late Monday at Aliugbala Eze Street, off Mile 50 Road.

The Assistant Superintendent of Police in the state, Yakubu Zekeri, who confirmed the incident, said no life was lost.

He also stated that none of the occupants of the buildings sustained injuries.

According to Zekeri, the timely intervention of men of the state fire department helped to prevent the inferno from spreading to other buildings nearby.

LATEST: Ebonyi, Four Other States To Be Given N24 Billion – FG