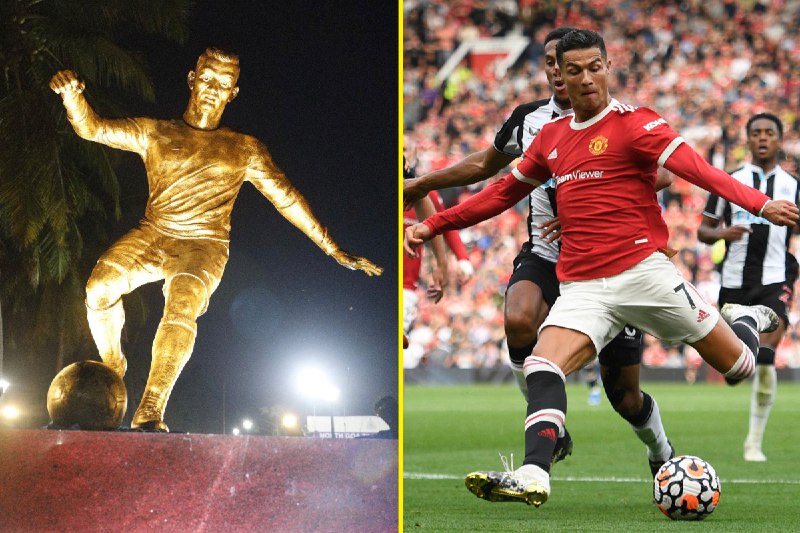 There is protest in India over a new statue of Cristiano Ronaldo unveiled in the state of Goa, southwestern coast of the country.

The statue is said to have been erected to inspire young people but Marca reports that the work has mostly sparked protest in the country.

The statue has sparked a serious debate among members of India’s football community.

According to the report, some black flags have been waved at the statue as a sign of protest, as critics are arguing that the statues of footballing talents from the country should have been elected in honour to them instead of that of the Portuguese footballer.

Indian local news agency IANS via Marca reports that some of the locals are against the Ronaldo’s statue.

“I’m very disappointed to hear of the statue of Ronaldo being erected, as we should learn to take pride in our own icons like Samir Naik and Bruno Coutinho,” said one person.

Also, unveiling the statue on the sixty years since Goa’s independence is also proving controversial because this December marks 60 years since Indian troops captured Goa from Portugal.

So some Indians see the statue’s unveiling at this particular moment as an insult to those who fought for independence.

“To erect a statue of a Portuguese footballer this year is sacrilegious and we condemn this, as there are many freedom fighters in Goa who have been insulted,” another activist said, again according to IANS.