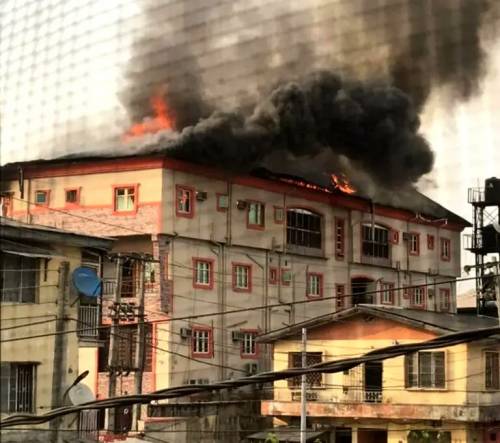 A three-storey building on Onadeko Street, off Anjorin Street, Lawanson, Surulere, Lagos, was on Saturday gutted by fire.

Details of the incident was still sketchy at the time of this report, however, information gathered revealed that the fire might have been caused by faulty electrical appliances, which exploded shortly after power supply was restored to the building.

Though no death had been reported in the incident, valuables were lost to the fire outbreak, it was gathered.

There is currently ongoing efforts to put out the fire.