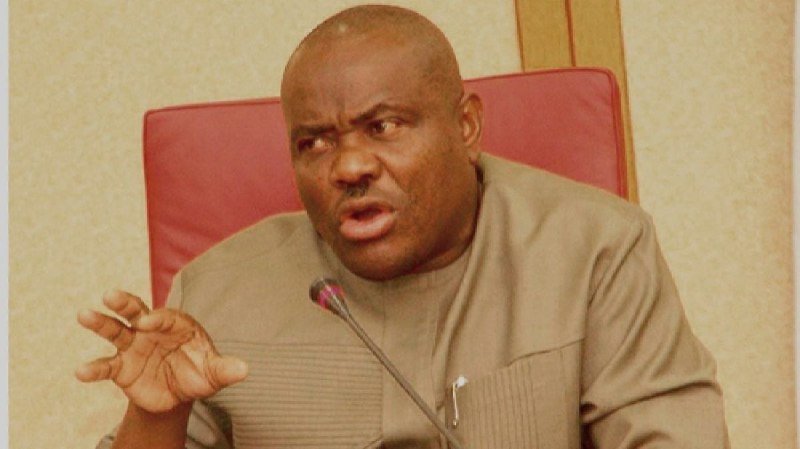 Worried by the environmental pollution caused by soot in parts of the Rivers State, Governor Nyesom Wike has ordered the immediate shut down of all illegal oil refining sites.

This is as he directed the Chairmen of Councils, particularly Port Harcourt City Local Government, to identify such sites and effect his order.

He has also directed all council Chairmen and community leaders to locate, identify and report to his office all those behind all illegal bunkering and crude oil refining sites in their localities for prosecution.

Wike, who gave the order in his 2022 New Year message on Saturday, said the directive stems from the failure of the Federal Government and its security agencies to rein in those behind illegal oil bunkering and artisanal crude oil refiners in the state.

The governor’s directive was contained in a statement issued by his Special Assistant on Media, Kelvin Ebiri, and made available to newsmen.

“As a State Government, we have drawn the attention of the Federal Government to this problem and requested for its intervention to stop the activities of illegal bunkering and artisanal crude oil refiners, which have been identified as the main sources of the soot pandemic.

“Unfortunately, the Federal Government has remained inexplicably silent over our request and even complicit to a large extent with the security agencies actively aiding, encouraging and protecting the artisanal refiners to continue with their harmful activities unabated,” Wike stated.

The governor said the state government has equally appealed without success to persons engaging in this illegal business to consider its negative effects on the economy, environment, public safety and public health and disengage from it.

Governor Wike assured that his administration will continue to do its best to meet the aspirations of citizens for a more peaceful, safe and secure society throughout the Year 2022.

“We will continue to pursue our objectives for a stronger and more sustainable economy centred on fiscal discipline, revenue growth, job creation, and improved standard of living for all residents.

“We will continue to accelerate our development with the sustainable delivery of quality roads, bridges, schools, hospitals and other socio-economic infrastructure and complete all ongoing development projects across the State,” he added.