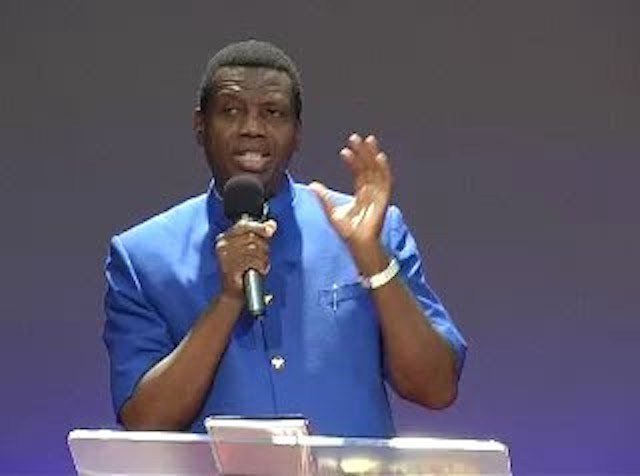 The General Overseer of the Redeemed Christian Church of God, RCCG, Pastor E A Adeboye has responded to questions of who the next Nigerian president would be.

Speaking during a New Year sermon, Adeboye while unveiling prophesies for the new year, said God is yet to reveal President Muhammadu Buhari’s successor to him.

The 79-year-old clergy who warned against fake prophecies, said there was no need to do guesswork with prophecy, adding that any prophecy which carries, “maybe” is fake.

Adeboye said in his prophecy for the new year that many unknown stars will emerge in 2022, adding that there would be financial and scientific breakthroughs.

He said, “if somebody asks me today like many people are already doing, ‘Daddy, who is going to be our next President?’

“This year will be a year of the emergence of previously unknown stars.

“In spite of everything happening, this year will be a year of some massive breakthroughs (in science and finance)”.

Those Behind Coronavirus, Will Die From It – Pastor Adeboye

Pastor Adeboye Reveals God’s Revelation To Him About Covid’19

There Might Not Be Nigeria In 2023 – Pastor Adeboye Warns Politicians