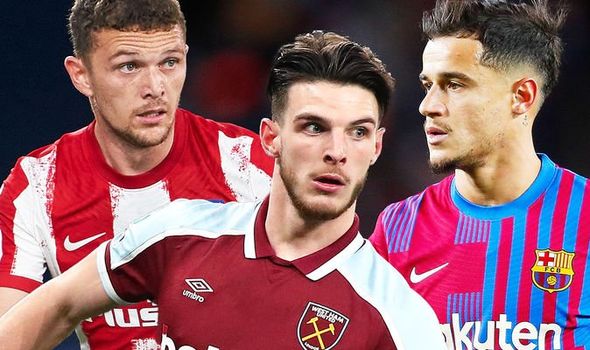 Welcome to the roundup of the latest Transfer news for today, Monday, 3rd January 2022.

La Liga side, Barcelona may be forced to release Luuk de Jong and Yusuf Demir this month to allow the club to register new signing Ferran Torres.

De Jong and Demir are currently on loan at the Catalan club.

The Director of the club, Mateu Alemany Font said, “Ferran Torres can’t be registered now but we hope to solve that situation when he is available.”

Haaland To Remain In Borussia Dortmund

Transfer expert, Fabrizio Romano, has disclosed that Borussia Dortmund striker, Erling Haaland, would not leave the club during the January transfer window.

According to Romano, Haaland has not decided on his next club and there is no pre-agreement with any club.

Liverpool And Arsenal In Transfer Battle

Spanish outlet, Fichajes has disclosed that Liverpool and Arsenal are both interested in signing Braga captain Ricardo Horta.

The winger, 27, has scored 50 goals in 143 league appearances since joining Braga permanently in the summer of 2017.

The 21-year-old, who can play upfront or on the wing, scored 20 league goals last season and has five senior caps for Argentina.

According to Sky Sports News, Newcastle’s owners are hopeful Atletico Madrid ace Kieran Trippier will agree to join the club during the next few days.

The Toon have reportedly made a formal bid for Trippier, 31, and Atletico are willing to let the player leave if he wants to.

Barcelona has set a deadline of Wednesday for Arsenal to decide on their plan for Philippe Coutinho.

Newcastle and Leicester are also eyeing the former Liverpool midfielder, 29, who will be sold by the La Liga giants this month.

The Gunners want to take Brazilian Coutinho on loan for six months, with an obligation to buy in the summer for £5million plus add-ons. They would pay all his £200,000-a-week-plus wages in that time.