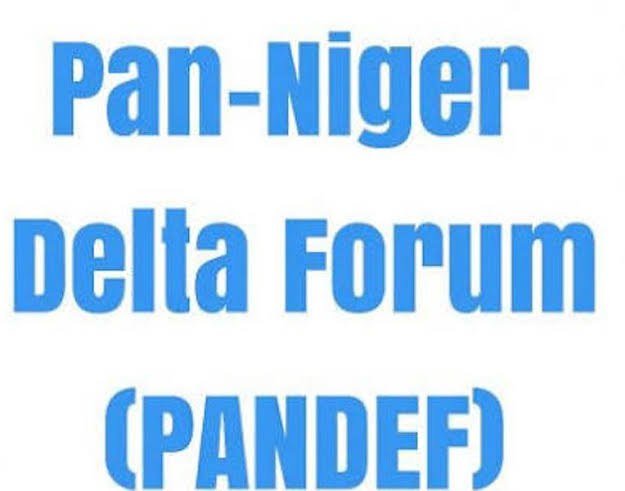 The Pan Niger Delta Forum, PANDEF has said the organisation has sympathy for Igbo Presidency in 2023. It said such aspirations cannot be achieved by threats and disrespectful comments.

The National Publicity Secretary of PANDEF, Ken Robinson said this during a telephone interview with one of our correspondents.

Robinson was reacting to comments by the Ohanaeze Ndigbo that the spirit of the Igbo would not forgive Jonathan if he failed to support the Igbo for Presidency.

But the PANDEF spokesman pointed out that Jonathan was an individual and he had his personal decisions to make.

He stated, “The point PANDEF will want to make is that we should avoid statements like that. Igbo presidency will not be achieved through threats and those kinds of comments.

“What is needed now is dialogue, negotiations. We need to have sincere conversations with mutual respect. Nigeria is a diverse country. The regional groups, PANDEF inclusive, Ohaeneze itself, Afenifere, the middle belt forum have said power needs to shift for the purposes of equity, fairness and justice.

“Power needs to shift to Southern Nigeria. The position of PANDEF is that whether that power goes to South-East, whether it is South-South or South-West is a different matter.

“Now amongst ourselves, we need to sit and talk with respect for one another and realistically discuss this situations and come out as a single voice to speak for ourselves. We should avoid threats, we should avoid statements that indicate disrespect for anybody or taking any other person for granted,” he stated.

Robinson however explained that “There are sentiments in the South-South that we didn’t complete eight statutory years tenure in the presidency. It was truncated by messages of hatred, bitterness and acrimony.

“So, there are sentiments that we should even be allowed to complete our eight years,” he stated, noting that such sentiments cannot be ignored.

Continuing, he said, “We (PANDEF) agree that the Igbo have not been treated fairly in Nigeria and that Nigeria should consider the Igbo for the position of the presidency.

“But it is instructive to note that this desire will not be achieved through threats and unfriendly languages.

“So, we will appeal to our brothers, the leadership of Ohaeneze Ndigbo to show greater level of decorum in the quest for Igbo presidency,” he stated.

He recalled that the National leader of PANDEF, Chief Edwin Clark said during a visit by one of the sons of the Igbo extraction to him late last year supported the fact that the Igbo deserved the presidency in 2023.

“That position is commonly shared by most of us in Southern Nigeria, despite the other sentiments that exist. So it is important that we work together as a people.

“One of the greatest disadvantages that we have continued to have, which they take advantage over us is the seeming disunity and inability to speak as a unit in Southern Nigeria.

“So, Jonathan is an individual. There are insinuations that people are persuading him to run. He is a Nigerian with his fundamental human rights. If he chooses to run or not, it is a different matter altogether and when we get to that bridge, I am sure that the Pan Niger Delta Forum will take a position.

“But as we speak today, we have sympathy for Igbo presidency and on the mandate of the leadership of PANDEF, I am in Akwa for a town hall meeting on power shift and power rotation.

“The leadership of Afenifere is represented here. The President of Middle belt forum is here. Other regional organizations are all here and we are all talking and insisting that power should shift to Southern Nigeria, with preference for Igbo Presidency.

“This discussion should be continued with greater understanding and sincerity of purpose,” Robinson stated.