Ararume Removed As NNPC Board Chairman By President Buhari 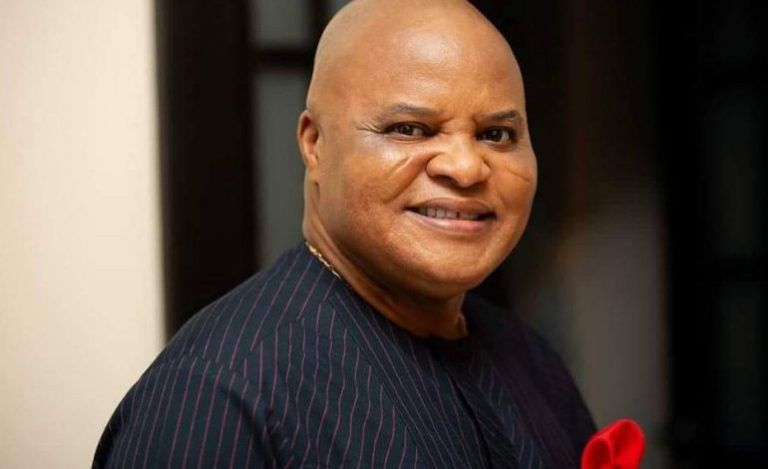 President Muhammadu Buhari has dropped Senator Ifeanyi Ararume as Chairman of the Board of the Nigerian National Petroleum Company (NNPC) Limited.

The President also replaced Senator Ararume with Senator Margret Okadigbo, wife of a former President of the Senate and running mate to President Buhari in 2007 under the All Nigerian Peoples Party, ANPP, late Senator Chuba Okadigbo.

Recall that Senator Ararume, who has been having a running battle with Governor Hope Uzodimma of Imo State, was appointed as the NNPC Board Charman on September 19, 2021.

There Will Be No APC In Imo Without Me, Ararume – Okorocha Reveals

The President suspended the inauguration of the board and management scheduled for November 23, 2021.

The replacement of Ararume as the NNPC Board Chairman and his replacement with Senator Okadigbo was announced via a statement issued by the Special Adviser to the President on Media and Publicity, Chief Femi Adesina on Wednesday in Abuja.

The statement read: “President Muhammad Buhari has appointed the Board and Management of the Nigerian National Petroleum Company Limited, in accordance with the power vested in him under Section 59(2) of the Petroleum Industry Act 2021.

INEC Yet To Offer Ararume Certificate Of Return, After Court Order

“The appointments take effect from the date of the incorporation of the NNPC Limited.

“It will be recalled that President Buhari had last September written the Senate on the administrative structure amendments to the Petroleum Industry Act, which included the appointment of Non-Executive Board Members, removal of the Ministries of Petroleum and Finance from the Board of the two new institutions, and appointment of Executive Directors.”