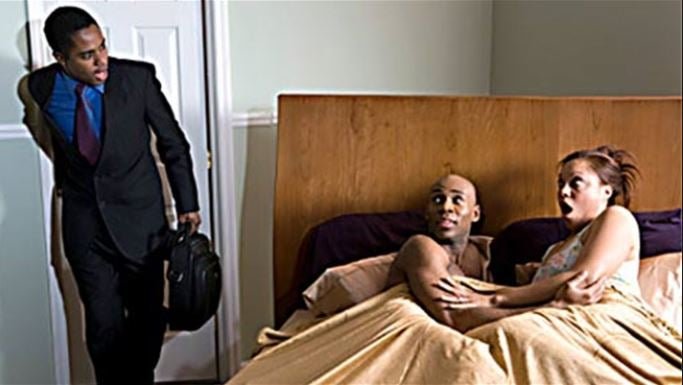 In the video shared on social media the man caught his friend on his matrimonial bed with his wife.

According to the husband, he took his friend called IK in to stay with him as a struggling young man to help him get a good standing in life only to be paid back in the most heartbreaking and painful manner.

He recorded the man to show the world what his friend IK has done to him and also use it as an evidence.

He, however, vowed to make sure IK pays for what he has done to him.