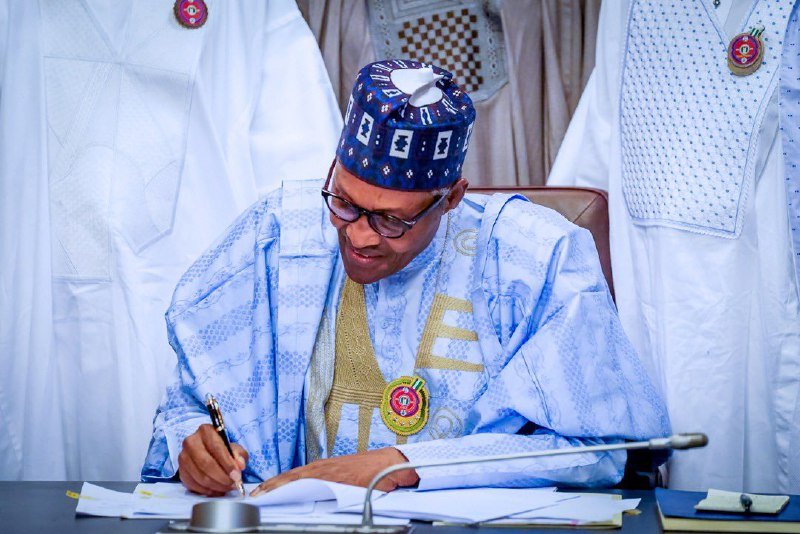 President Muhammadu Buhari has said he is not interested in who becomes the next president of the country in 2023 when he leaves office.

Buhari said this during an interview with Channels Television on Wednesday evening, monitored by SaharaReporters, adding that he might be eliminated if he discussed about his successor.

According to Buhari, the legacy and his record are important to him than who occupies the Aso Presidential Villa when his second term of office elapses next year May.

When asked of what comes to his mind when 2023, he said, “I’m not interested. It is not my problem. It is not my interest. I cannot say who succeeds me or talk about it. I may be eliminated if I mention it. I think it’s better I keep quiet.”

SaharaReporters had reported how sources in Buhari’s government revealed that the president wanted to support former President Goodluck Jonathan to come back to power on 2023.

This is also as the National Leader of the All Progressives Congress (APC) and former Lagos State governor, Bola Tinubu, and Vice President, Yemi Osinbajo, are also reportedly interested in succeeding Buhari next year.

In the interview, Buhari also noted that bandits terrorising the North West had been declared as terrorists and they would be treated as such.

On November 25, 2021, a Federal High Court in Abuja had declared the activities of all bandit groups in the country as acts of terrorism.

Mohammed Abubakar, director of public prosecution (DPP) at the Federal Ministry of Justice, who filed the motion ex-parte, had said President Buhari gave approval for his action, of which objective is the proscription of Yan Bindiga and Yan Ta’adda groups and other terrorist groups in the country.

In its supporting affidavits, the Nigerian government had said security reports confirmed that the bandit groups were responsible for the killings, abductions, rapes, kidnappings and related acts of criminality in the north-east, north-central and other parts of the country.

Speaking during an interview with Channels TV, Buhari said he had directed the security agencies to go after them.