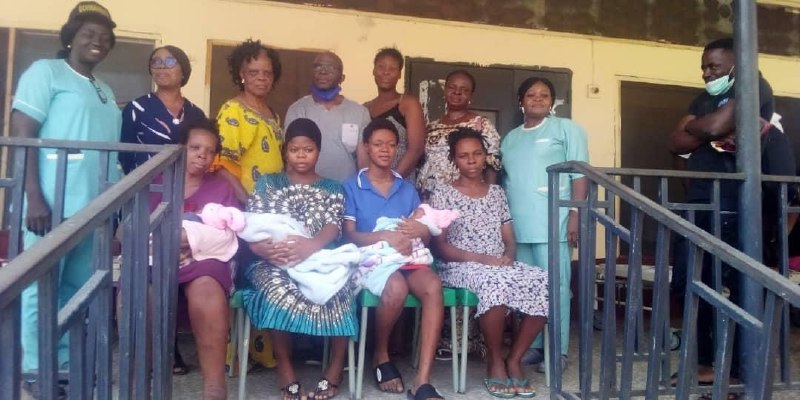 Anaedoonline.ng gathered that Nnewi residents in Atlanta led by Mrs. Grace Okeke and Mrs. Ekwegbalu contributed N1.5 million, to settle the medical bills of nursing mothers who were stranded in the hospital due to paucity of funds.

According to Mrs. Grace Okeke, when the group learnt that some women in the hospital were stranded at the maternity wards for weeks following their inability to foot their bills, they decided to rush to the hospital, to provide succor to them.

Another Set of 171 Stranded Nigerians Return From Libya

She said that they contributed N1.5 million for the rescue operation in other to give succor and put smiles on the faces of the indigent mothers. She revealed that some of the individual bills were over N250,000 and many of the mothers said they had spent more than two weeks after their discharge waiting for help.

Speaking further, she said that every year, the group focus on different things, sometimes motherless babies and also people with kidney problem.

While receiving them, the Chief Medical Director of the NAUTH, Dr. Joseph Ugboaja thanked the Nnewi indigenes for their think-home-philosophy and kind gesture, nothing the the hospital is interested in partnership and how it can be helped to link up with high-ranking health institutions and individuals from Nnewi and Anambra State generally for the ongoing transformation of the NAUTH.