REVEALED: See How Much Jim Iyke Paid Uche Maduagwu To Publicly Beat Him Up 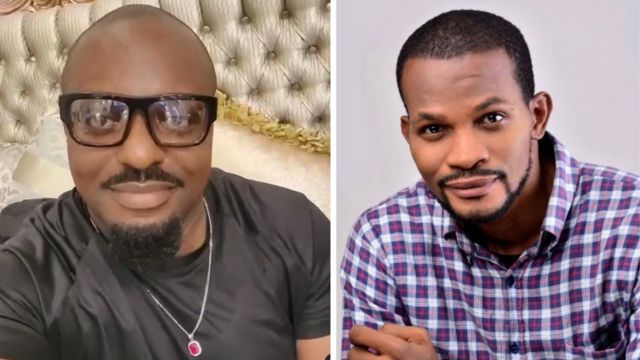 Anaedoonline.ng reports that Jim Iyke in an interview with Chude Jidenowo confirmed that the fight was a publicity stunt to promote his movie, adding that Maduagwu was handsomely rewarded for his participation.

Recall that Maduagwu claimed that Jim was being investigated by the EFCC for his source of wealth. Jim Iyke had tracked Maduagwu to a hotel where he beat up the actor.

Taking to his Instagram page, the Anambra-born script interpreter revealed that Jim Iyke paid him over four million naira for the stunt. He also noted that Jim Iyke saw potentials in him and decided to work with him.

I am not just the most talked about movie star for Africa. I am the biggest brand Influencer.”

He also noted that the movie became one of the biggest cinema film in 2021.

“Jim Iyke is like a big brother to me, he saw potentials in me, today bad comment #movie became the biggest cinema film in 2021 because he saw my brand Influencing power and worked with me, Mr Moses is a great #director too. I influence #brands to success because Na me be the most talked about movie star for Africa #cinema #actor #instagram #facebook”