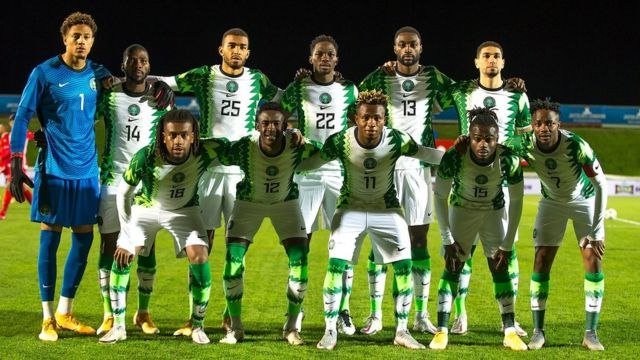 The shirt number players of the Super Eagles will be wearing at the African Cup of Nations (AFCON) 2021 tournament has been unveiled.

The shirt number for the players were made public on Wednesday by the Confederation of African Football (CAF).

Anaedoonline.ng reports that Nigeria who are drawn in Group D alongside Egypt, Sudan, and Guinea Bissau will kick off their AFCON 2021 campaign against 7-time winners, Egypt on Tuesday, January 11.

However, Nigerian professional footballer and Super Eagles captain, Ahmed Musa, has been bereaved.

He has since been granted permission by the National Team management to leave the team’s camp to be with family members.

Musa is, however, expected to join his teammates in Cameroon ahead of Nigeria’s first game of the competition against Egypt on January 11.