Why Igbo Christians Don’t Give In ‘Mega Churches’ – Daddy Freeze 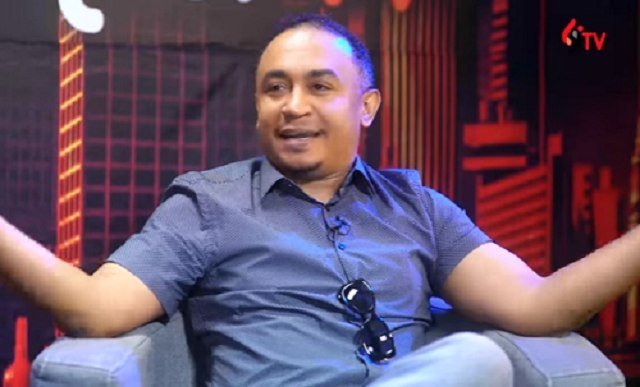 Controversial media personality, Daddy Freeze has said that Igbo Christians don’t give in mega churches because they are more concerned with building mega businesses and factories.

This is coming days after the founder of the Commonwealth of Zion Assembly, popularly known as COZA, Pastor Biodun Fatoyinbo said Igbo Christians find it difficult to donate money to the church.

Anaedoonline.ng reports that the clergymen made this insinuation while speaking during a sermon at his church in Abuja.

He said“hustling is a curse, some persons find it difficult to give because of how much they hustled to get the money. He said, “The Igbo believe in God. It takes God for an Igbo guy to give.”

“They have a large heart, but -they believe you shouldn’t work their mind. “Igbos are 90 percent Christians, but no megachurch. You need to tear backgrounds to enter some testimonies.

Speaking on the issue, Daddy Freeze opined that the igbos do not need mega churches as they are more concerned with mega businesses and factories.

“Igbos don’t need mega churches. They are more concerned with mega businesses and factories; Air peace, Innoson. etc. Mega churches in a land drenched in poverty can only be a priority to the intellectually bereft.

If Nnamdi Kanu Is Hurt In DSS Custody, This Is What Will Happen… – Mbaka (Video)