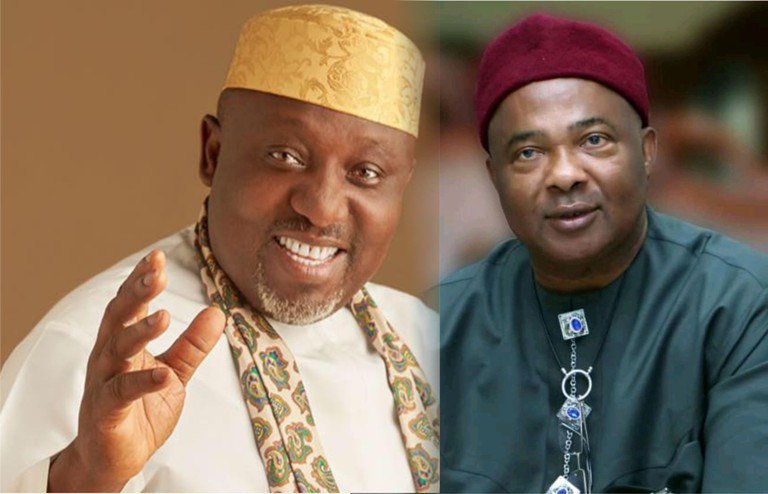 Okorocha disclosed that the killer squad was behind the insecurity crisis rocking Imo State.

Speaking with journalists at his Owerri residence, the former governor alleged that the strike force comprised the military, police, DSS and Ebubeagu.

Okorocha dared the governor to open up on who killed a chieftain of the All Progressives Congress, APC, Ahmad Gulak and some traditional rulers in the state.

According to Okorocha: “If the governor knows he has no such force in the state, let him tell the world who killed Gulak.

“It is not about me or Uche Nwosu; it is about the image of our state. I want to repeat this Sheba, Uzodimma’s CSO, has been in detention for the past 4 days.

“He is among the striking force of Uzodimma, I still ask Uzodimma, who killed Gulak? Who killed traditional rulers?

“Who killed about 140 bodies of Imolites found in the mortuary? Hope Uzodimma has a striking force called ‘Hope striking force’ they should ask them what they are doing with this killer squad.”

REVEALED: PDP To Zone Presidency To North in 2023