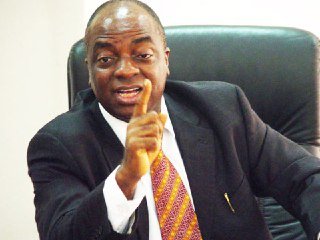 The renowned clergy who gave the warning during the Leadership Empowerment Summit at the church’s headquarters, Faith Tabernacle, Canaanland, Ota, Ogun State, said speaking against men of God can attract leprosy.

Oyedepo said many critics of his ministry must have been victims of the warning, stressing that the warnings are based on spiritual insights.

He said, “Beware of speaking hurt against the Ministry you claim to be part of advancing, it’s a risk.

“Beware of speaking hurt against a Prophet you claim to believe. It is dangerous. It can make a man leprous. It is dangerous. We don’t have the data of how many victims may have come from this warning, but I know quite some would have been victims.

“One of the Leaders in this Nation said, “what we are saying now, Bishop is in his room. he is hearing.” When we give warnings, we give it based on prophetic insights.”

The African richest pastor, however, admitted that criticism is part of what prophets of God must endure, saying it is not a problem.

“Every prophet is ordained to be spoken against. So it is not a problem. It is already written. It is not that it is something that is new,” he said.