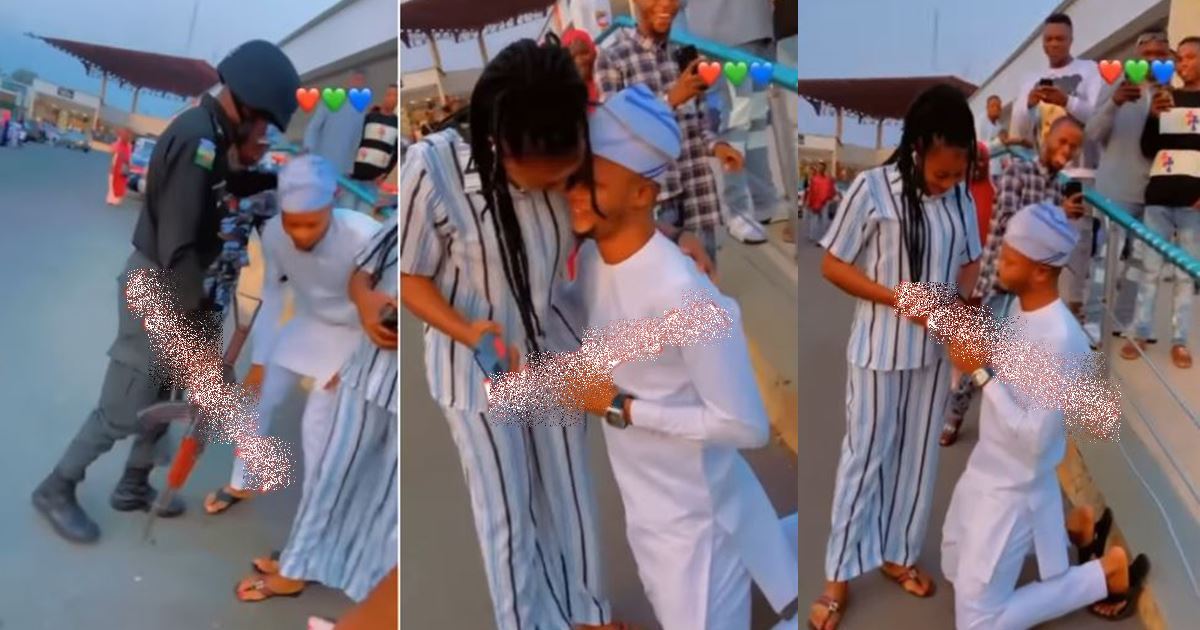 A video that recently emanated online captures the romantic moment a man connived with some armed policemen to give his girlfriend a surprise marriage proposal.

In the short video, the man who had fashioned out his plans with the police officers behind his girlfriend could be seen arguing with the security agents.

The lady who didn’t have an idea of what was going on intervened by trying to calm the policemen and address the situation.

After Denying His Arrest, Video Of Kpokpogri Being Released From Police Custody Surfaces (Video)

The officers further ordered the man to get on his knees which he humbly did. While the lady was still pleading with the security personnel the lad slowly took out his ring, leaving his girlfriend speechless immediately she turned.

The policemen speedily left the scene after the lady realized what transpired.