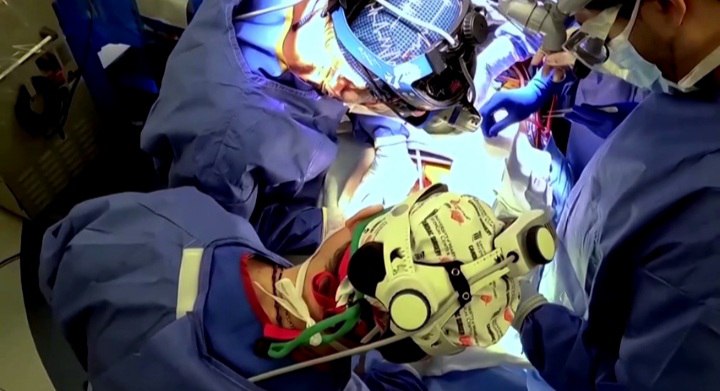 United States surgeons have broken a world record as they transplanted the heart of a pig into a dying patient for the very first time in the world.

The operation, which took about nine hours to complete, was conducted on a 57-year-old man, David Bennett, at the University of Maryland Medical Center in Baltimore on Saturday.

The surgeons transplanted a genetically-modified pig’s heart into the patient’s body, Daily Mail reported on Monday.

US Surgeons Successfully Attach A Pig Kidney To A Human

Surgeons subjected the pig’s heart to gene-editing, in order to remove sugar in its cells that may cause the human body to reject it.

Bennett was suffering from terminal heart failure and was too sick to qualify for a human transplant. Though he knew that there was no guarantee the operation would work, the labourer had said that he would “either die or do this transplant”.

After the operation, Bennet was able to breathe on his own though he was connected to a heart-lung machine that helped his new heart pump blood around his body.

According to experts, it would take a few weeks to determine if his body would fully accept the organ when the machine would be taken off.

Experts say it is too soon to know if his body will fully accept the organ and the next few weeks will be critical as he is weaned off the machine.

However, if it proved successful, this would mark a medical breakthrough that could save thousands of lives.