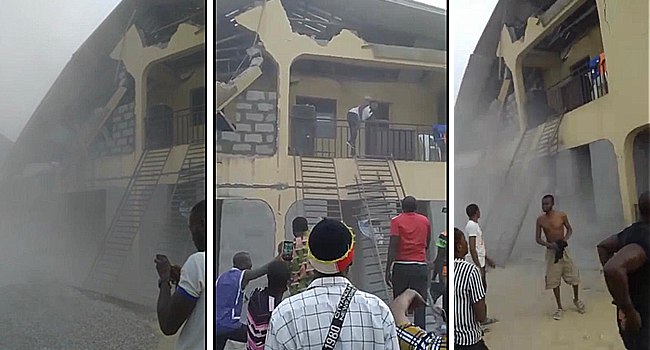 Ten persons have been reported dead and many others injured after the collapse of Salvation Ministry church building in Okpanam, Oshimili North Local Government Area, Delta State.

Anaedoonline.ng gathered that the church building collapsed at about 5:55pm on Tuesday while worshippers were holding Bible Study service.

Following the collapse, over 35 persons, including children and women have been rescued, while four persons have been rushed to the Asaba Specialist Hospital for medical attention.

Speaking to reporters, a church member, who simply identified herself as Grace, said the building caved in with a thunderous noise while the service was ongoing.

She said the worshippers were observing the yearly fasting and they came for evening service to break the day fasting with a communion service when the building collapsed.

Some of the worshippers, family members and sympathisers were seen crying and praying as efforts were on to rescue other victims.

According to residents of the area, the building, which is over 10 years was initially designed as a plaza before the church bought it over.