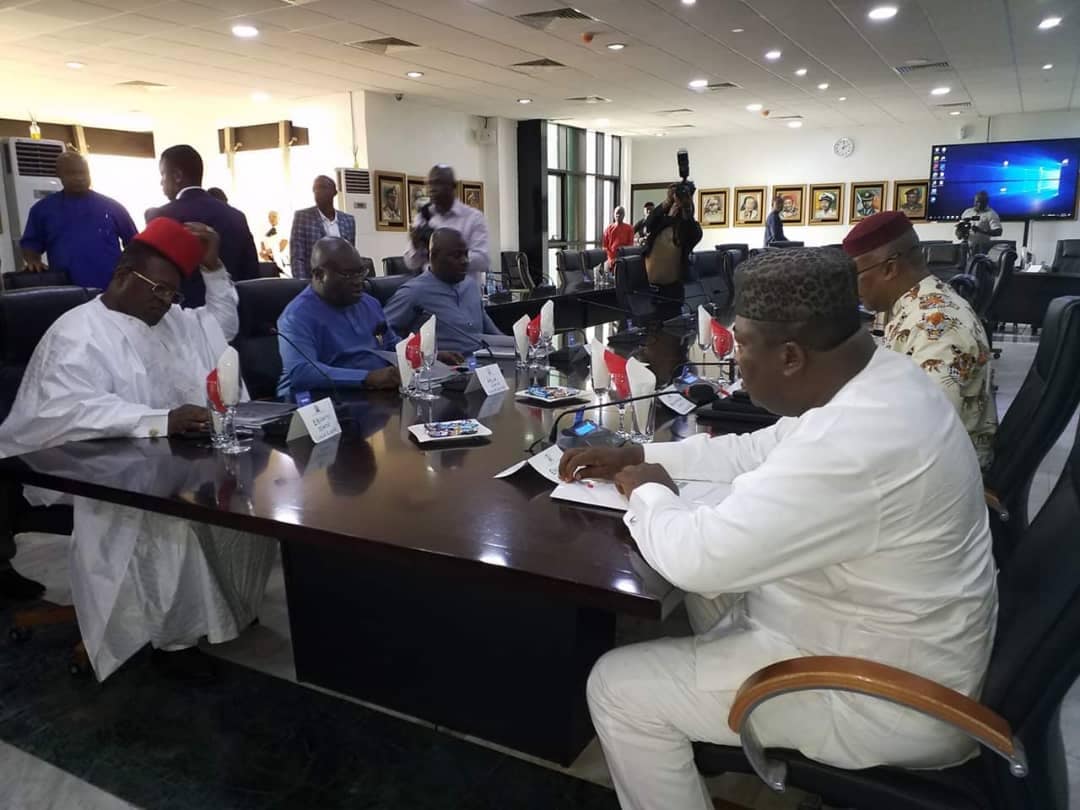 The Indigenous People of Biafra (IPOB) has asked the South-East Governornors and citizens to apprehend and deal decisively with criminals enforcing sit-at-home in the region by prosecuting them.

This is as the group alleged that the senseless shooting witnessed in Enugu, on Monday, was carried out by miscreants recruited by politicians, whose stocks in trade was the spilling of innocent blood.

The secessionist group noted that it had explained on several occasions that its sit-at-home order had been suspended since September 2021, adding that unscrupulous elements and criminals were working in connivance with security agencies to continually unleash pain on the people.

IPOB’s Director of Media and Publicity, Emma Powerful, stated this in a statement on Tuesday.

The statement read in part, “The attention of the global movement and family of the Indigenous People of Biafra has been drawn to the senseless shooting in Enugu State on Monday by hoodlums and cultists recruited and sponsored by some evil politicians in the state, who derive joy in spilling the blood of their fellow citizens.

“We have on several occasions explained that IPOB has not authorised anybody to enforce the Monday sit-at-home, which has been suspended since September 19, 2021. Anybody unleashing sorrow on innocent citizens under the guise of enforcing the sit-at-home order is a criminal and does not deserve pity.

“Despite the suspension of the Monday sit-at-home since September 19, 2021, some unscrupulous elements and criminals conniving with security agencies and our enemies have continued to inflict pain on our people. Their aim is to blackmail IPOB, but they will continue to fail.

“Now, we want to inform our people to stand firm in the fight for their liberty. IPOB did not ask anybody to enforce sit-at-home of any kind. Henceforth, the ESN operatives will come from the bushes and forests and go after these criminals unleashing mayhem on innocent people and visitors to Biafra land in the name of enforcing the non-existent Monday sit-at-home order.”

It added, “We also ask the Enugu State Governor, Ifeanyi Ugwuanyi, to deal decisively with any hoodlum using the Monday sit-at-home to torture innocent citizens/residents of the state. No genuine member of IPOB or ESN operative is involved in any enforcement of the Monday sit-at-home order. Anybody doing so is working against Biafra restoration.

“We equally call on our people and members of the public to skin alive any idiot caught inflicting sorrow on the people in the name of enforcing the non-existent Monday sit-at-home order. Such evil soul and messenger of death does not deserve to live. Those shooting sporadically in the market are criminals and bandits using the name of IPOB, Nnamdi Kanu and the ESN to humiliate our people and demonise the movement. Their aim is to give the Federal Government an excuse to hold our leader perpetually in detention.

“The ESN operatives must be ready to confront criminals creating these problems in the name of the ESN and IPOB in the region. We have suspended the Monday sit-at-home a long time ago, and we have not rescinded that decision. Biafrans must be strong to withstand our enemies and their collaborators every Monday.

“IPOB was not formed to terrorise people. We remain peaceful and focused on the pursuit of Biafra freedom and independence.

“Governor Ugwuanyi and other governors in the region must provide security for our people on Mondays, because the ESN is now ready to confront these criminals.”