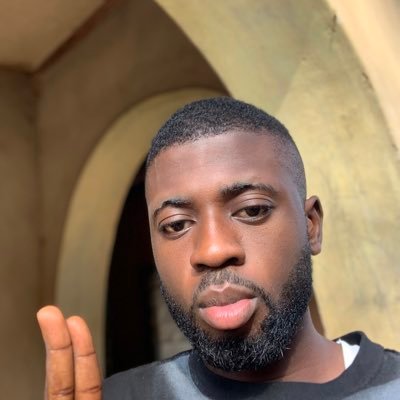 A Nigerian man identified as Seyi Bello has narrated how he found out that his girlfriend of four years, was already engaged to another man.

According to Seyi, his relationship with the lady was so serious that he introduced he to his mother, who also decided to introduce her to colleagues at work.

However, upon introduction, his mother got embarrassed as she discovered that the same girl was getting set to tie the knot with her colleague’s son.

“I dated this girl for 4 years and it was so serious that i had to let my mom know details about her.

Not until a day mom came back from work and told me she was talking about my girl at work and her senior colleague said this is the girl that just got engaged to her son.

How embarrassed my mom would’ve felt. Asked my mom to show me the son’s picture and i discovered it was the guy my girl was always posting with the caption “BEST”.i was down and depressed for more than a month. 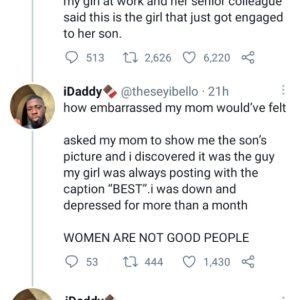