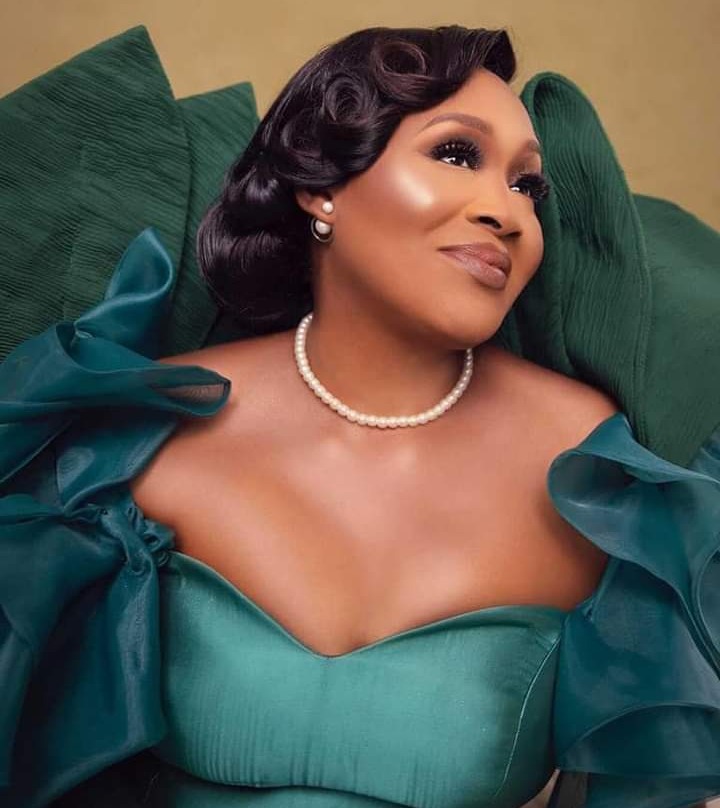 This comes hours after the arrest of the comedian who was manhandled as seen in videos that surface on the internet.

According to Kemi Olunloyo, the NDLEA have no blame for simply doing their job as she references the case of an American singer who died from abuse.

“Don’t blame the NDLEA for arresting drug pushers, users and traffickers. I’m a Pharmacist. The same way I slammed Juicewrld for swallowing all that Percocet on the plane when the DEA was waiting is the same way DeGeneral needs to get help for his drug demons. He was in possession of Tramadol a schedule 2 narcotic without a prescription. These pill pushers need to face the law. BTW Juicewrld DIED when the plane landed.” 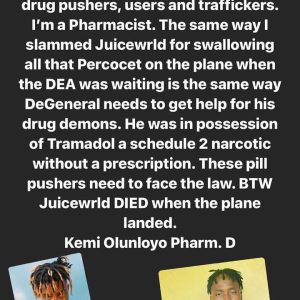