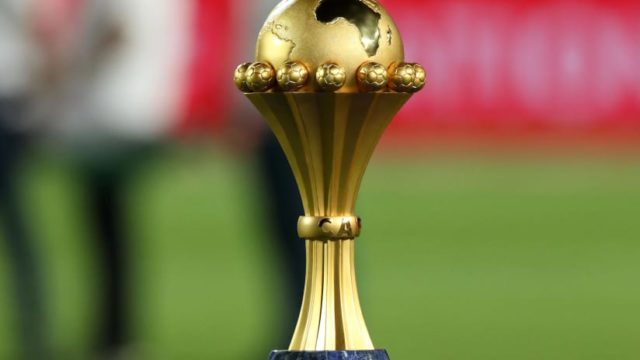 Former Ghanaian striker, Asamoah Gyan, has tipped Nigeria’s Super Eagles as the team to beat at the ongoing 2021 Africa Cup of Nations, AFCON, in Cameroon.

Kelechi Iheanacho scored the only goal of the match to give Nigeria a 1-0 win over Egypt as Liverpool ace, Mohamed Salah, was kept silent all through the encounter at the Roumdé Adjia Stadium, Garoua.

However, having watched all the teams play in the opening round fixtures of the 2021 AFCON, Gyan singled out Augustine Eguavoen’s side as the most outstanding team so far in the 24-team tournament.

According to the former Sunderland star, the Super Eagles showed the character of a potential champion.

“Yes, as of today, Nigeria stands out as the team with the will to conquer all oppositions going by what happened in the match against Egypt,” Gyan told SuperSport.

“Every other potential winner of the tournament seems to be playing with too much caution and this explains why most of the matches haven’t been impressive.

“But when you look at Nigeria, they showed the character of a potential champion considering the way they dominated Egypt all through the 90 minutes.

“Nigeria deserved to score more goals in the match [against Egypt], but they were unlucky in the final cut. This was a team that had its pre-tournament challenge as they were unable to have some of their best forwards [Victor Osimhen, Odion Ighalo and Emmanuel Dennis] for the tournament and playing a strong team like Egypt in the opening match was an acid test and they excelled.”