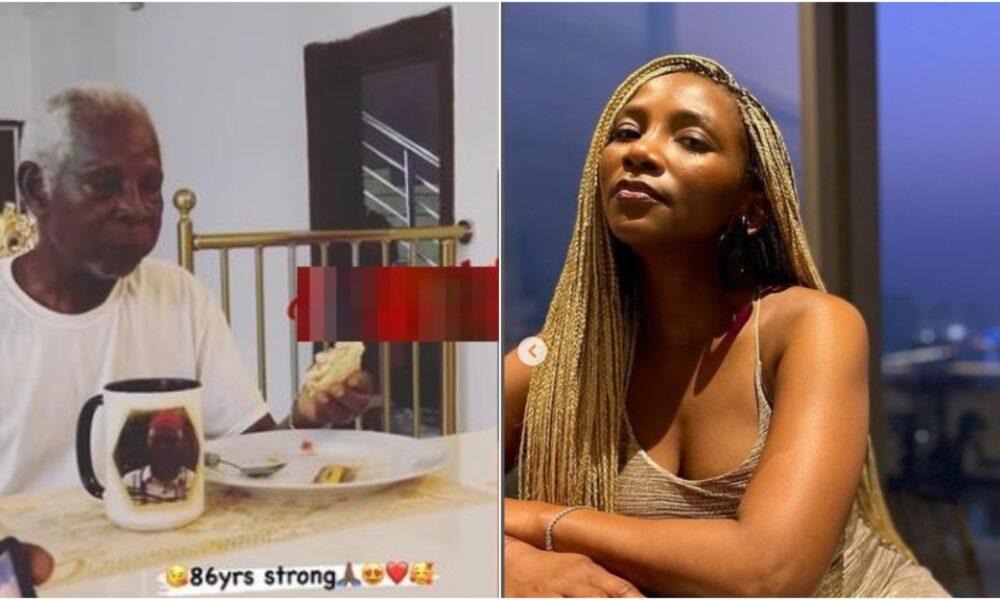 Social media users have reacted after beautiful Nollywood actress Genevieve Nnaji took to Instagram to show off her father.

In celebration of his birthday, the usually private actress broke out of her shell, sharing a cute photo of her father on her Instagram story.

Sharing a photo of her father having dinner, the 42-year-old actress wrote; ’86 and strong’ Reactions accompanied Genevieve’s father’s photo as many social media users stated that he is looking young at 86.

mh157 wrote; ‘‘Please, continue with the energy taking your personal life off social media, I do love her privacy.”

yo_neena wote; “Now I see where she got does genes @genevievennaji Happy birthday sir”

evablaze41 wrote; ‘“That means the babe don mature too oo I love it when one ages gracefully’‘

winie_lawrence wrote; ”@glophii the mango doesn’t fall from an apple tree or so. Omo i no too remember sha. Button line be say i understand wetin you dey talk”

arewaonifaari wrote; ”He’s so fine. Happy birthday to him”