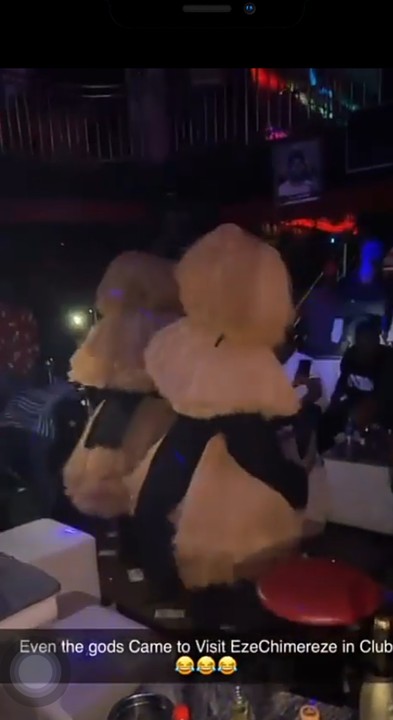 In the clip, the two masked beings were spotted vibing energetically to the beats from the disc jockey; a display that has left many in shock.

The masquerades undoubtedly thrilled the fun-seekers by their performance which triggered some to spray countless naira notes on them.

Be it as it may, netizens are still in awe over the awkward display of the masquerades who on a normal circumstance are mostly concerned with cultural activities, but in this case, it’s a different scenario altogether as they turned out to be nightlife kings. 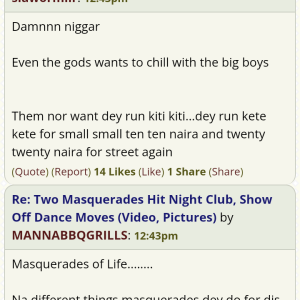