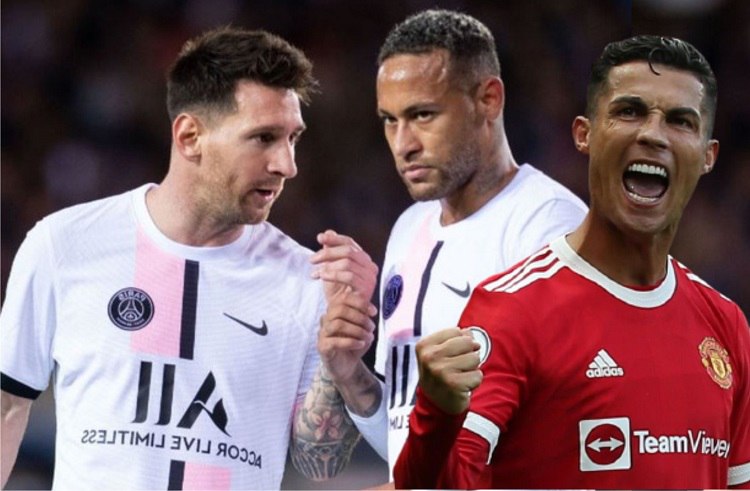 Football is a high-grossing game and players of the game get paid different amounts at the club level depending on many factors.

Reports have it that 34-year-old Argentina captain, Lionel Messi leads other footballers in the 2022 ranking of highest-paid footballers across the world.

Anaedoonline.ng gathered that the Argentine forward who recently joined PSG from Barcelona is the current highest-paid player for 2022, earning a whopping sum of £960,000-per-week at the French club he plays for.

PSG also accounts for two other players on the list while Cristiano Ronaldo of Manchester United is the 6th highest-paid player for 2022 according to data released by Daily Star which used information from Marca and Salary Sport to determine its ranking.

Ronaldo is however the highest paid in the English Premier League, with a weekly earning of £385,000 per week.

Below is the top ten list of highest-paid footballers in the world for 2022, their current club side, and weekly earnings.