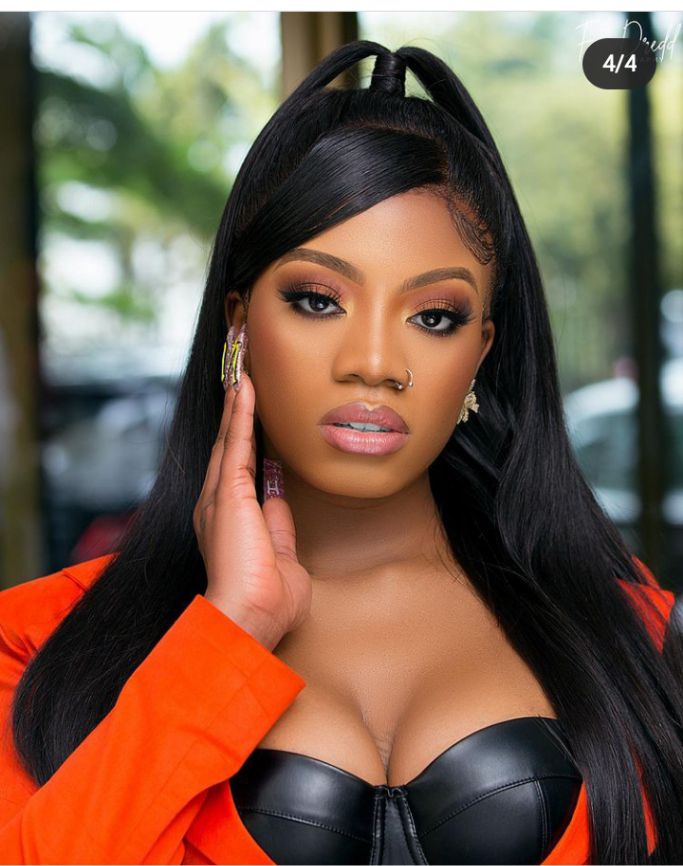 Reality TV star, Angel Smith, on Saturday revealed that she has regrets whenever she went on outings.

The former Big Brother Naija Shine Ya Eye finalist made this known on her Instagram story in the early hours of Saturday.

She had earlier shared pictures of herself all dressed up in a revealing black dress.

Angel then shared a picture of herself in her Range Rover as she wrote, “Everytime I go out, I regret it. So I have decided to stay in my house today.”

In another slide, she added, “Worst day ever.”

However, the 21-year-old writer had a change of mind and decided to still go out.

According to her, she had to go outside again so that her makeup would not “waste.”

She wrote, “I’m outside again because my makeup cannot waste(sic).”