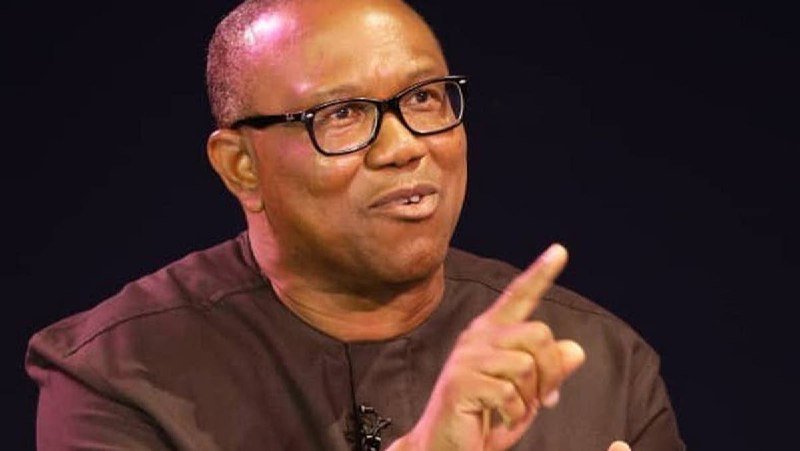 The vice presidential candidate of the Peoples Democratic Party in the 2019 election, Peter Obi, has urged a supporter not to sue him over alleged refusal to declare for the 2023 presidency.

He said this in a response to a tweet by one @FakeBuhari, threatening to sue the former Anambra governor if he fails to declare for the presidency in 2023.

@FakeBuhari tweeted, “Sir, if at the end of this month and you don’t declare interest for the presidency in the 2023 election, then be ready for legal action from me. Leave #AFCON2021 for Orji UZOR Kalu, that’s his calling, not yours. Your calling is excellent economic leadership. Congrats #TeamNigeria.”

The fan had made the comment while responding to Obi’s congratulatory tweet to Super Eagles for defeating Sudan 3 -1 on Saturday in the ongoing African Cup of Nations.

But Obi pleaded with the fan to give him time to consult, saying that he had no money for a court case.

Obi, in a response to the tweet, said, “I wish I knew your real name. But the truth is, I don’t have money to spend on a court case. Give me some time.”

The politician had in October 2021 denied having hands in his campaign posters being circulated both offline and online, and on different social media platforms.

A statement made available by his Media Office and signed by Mr Valentine Obienyem, said that the office had been lately inundated with clarifications on Obi’s Presidential posters being circulated through various media platforms.

According to the statement, Obi was not in any way connected to or authorised anybody or organisation to promote such on his behalf.

It further noted that Obi was not the one to jump the gun on a matter the party was yet to give final directives.

The statement said, “As a faithful party man, Obi will abide by the final position of the party on the issue. We frown on people’s preoccupation with the next election when the situation in the country urgently calls for all hands to be on deck towards the restoration of security, eradication of poverty, creation of jobs and provision of other productive ventures for the country’s teeming unemployed youths, improving education and making health care accessible in the country.

“These are precisely what Obi is concerned with right now.”