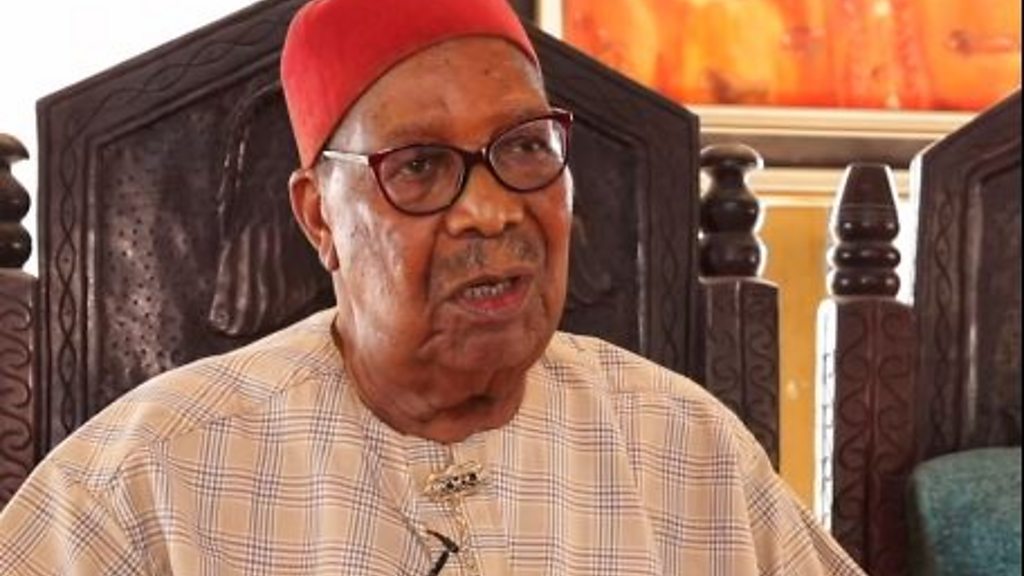 This came as masked men suspected to be members of IPOB allegedly enforcing the suspended Monday sit-at-home order attacked traders at Obollo-Afor town in Udenu Local Government Area of Enugu State for disobeying the order on Monday.

Amechi had led Igbo leaders to the President, Major General Muhammadu Buhari (retd.), in November 2021 to demand the unconditional release of the IPOB leader.

Speaking in a chat with reporters on Monday, he lamented that the sit-at-home order is destroying the South-East economy and also hampering discussions for Kanu’s release.

Amechi said, “I discussed with the Presidency and Mr President himself on two subjects – the Igbo situation in Nigeria and Nnamdi Kanu. And our discussion was very good and friendly but the sit-at-home order IPOB is dishing out in the South-East is embarrassing the whole thing. I don’t know the leaders of IPOB and who they are.

“Kanu is in detention although the Presidency arranged for me to go and see him and I went and saw him and we discussed.

“So, I just told their lawyer, he is in a better position to contact them, to stop the Monday to Thursday sit-at-home. I told him that it is too much and is ruining the economy of the South-East but he told me that they had already issued a statement that IPOB had never said that.

“They must stop their actions which make the release of their leader more difficult. If they don’t, I will withdraw my own efforts”, he said.