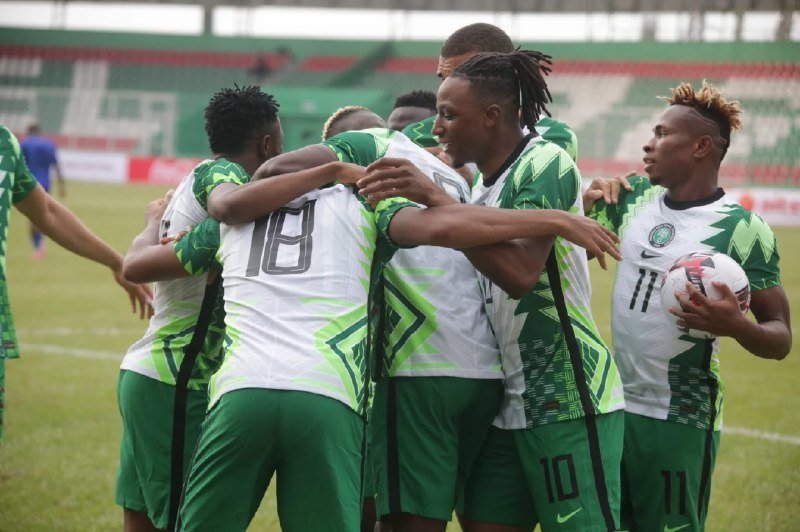 Super Eagles players will receive $10,000 each for the victories over Egypt and Sudan at the ongoing Africa Cup of Nations in Cameroon.

This comes after the Nigeria Football Federation and the Eagles reached an agreement over the mode of payment for wins and draws at the tournament.

The meeting between the players and the NFF officials was held before the start of the tournament in Garuoa, it was also learnt.

“There is an agreement that the players will receive  $5000 for a win and half of that for a draw, while they won’t get a dime for losing,” an Eagles official, who spoke on condition of anonymity, said.

The players and officials of the team would be paid their bonuses in full after they qualified from the group stage of the competition, it was also learnt.

The Eagles defeated the Falcons of Jediane 3-1 at the Stade Roumdé Adjia to advance to the round of 16 of the competition, with goals from Samuel Chukwueze, Taiwo Awoniyi and Moses Simon securing their spot.

Khedr Daiyeen scored a consolatory goal from the spot for the Sudanese in the 70th.

The three-time African champions, who were yet to be paid two-match bonuses prior to the start of the tournament, would now be paid their bonuses for Tuesday’s win over Egypt and the outstanding bonuses as well, a team official told Newsmen in Garoua.

“We don’t discuss how we pay players their bonuses in the media,” our source added.

“Has any player complained? We are focused on our mission here and won’t want to be distracted by these issues.

“There is an agreement with the players’ representatives, coaches and the NFF officials on how everybody will be paid and we will keep up to our promises when the time comes. All we want is the boys to be focused and in doing that we have promised to keep to the agreement.”

Even If Messi Leaves This Summer, Barcelona To Continue Paying Him Until 2025

Nigeria leads Group D with six points and have qualified for the Round of 16 with a game left to play.