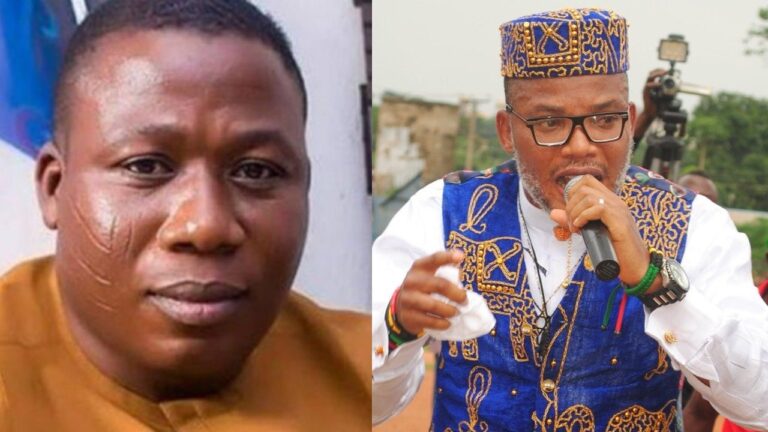 The Igbo Think Tank, Nzuko Umunna, has again called on the President, Major Gen. Muhammadu Buhari (retd.), for the release of Nnamdi Kanu and Sunday Igboho from detention and seek a political solution to issues preceding their prosecution.

In a statement signed by the Executive Secretary of Nzuko Umunna, Ngozi Odumuko, on Monday, the Think Tank urged the President to “explore the opportunities provided by the intervention of South-East Governors, South East NASS Caucus, South East Council of Traditional Rulers, Representatives of Igbo Archbishops and Bishops, Ohanaeze Ndigbo, Pa Mbazulike Amaechi, and some groups in the South-East to release Nnamdi Kanu and resolve his matter politically.”

It noted that the “public opinion and sentiments show that Nigerians want Mr President to deploy political solution and release Mazi Nnamdi Kanu.”

Kanu, the leader of the Indigenous People of Biafra, has been in detention for many months after he was allegedly abducted in Kenya and returned to Nigeria.

The call for Kanu’s release comes as an Abia State High Court sitting in Umuahia is set to deliver judgment this Wednesday being the 19th of January 2022 on a human rights suit brought before it by the IPOB leader.

Kanu had challenged what he called a violation of his human rights and the 2017 military invasion of his family home.

The suit, which was filed by Kanu’s lawyer, Aloy Ejimakor, had asked the court to declare as illegal, the action of the Nigerian government in the alleged abduction of the IPOB leader in Kenya and his rendition to Nigeria to be allegedly tortured and dehumanized.

IPOB had, in a statement, insisted there would not be sit-at-home in Southeast on that day but urged all members to storm the court.

Commending Barrister Ejimakor and Kanu’s legal team for exploring all legal options for his release, the Nzuko Umunna urged the Federal Government to constructively engage with the IPOB leader and all self-determination leaders, including Yoruba Nation agitator, Sunday Igboho, and save the country from undue distractions.

The group noted that a “political solution will lead to permanent peace and a sense of nationhood, as the country will only experience true progress in an atmosphere of peace and tranquillity.”