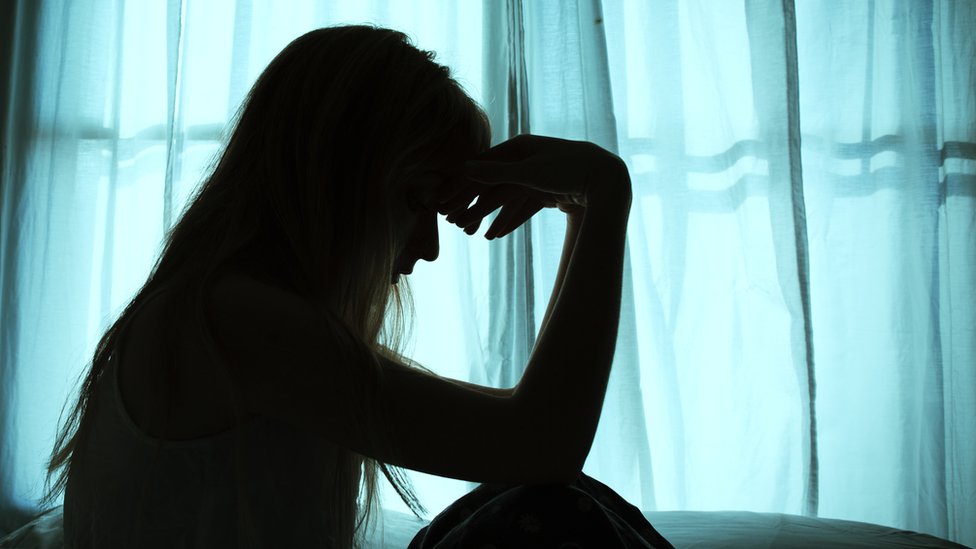 Embattled lady in love cries out for advice on how to make her relationship with her ex-boyfriend’s cousin public without causing havoc.

A lady who shared her narration anonymously through a source stated how she followed her heart and found love with her ex-boyfriend’s cousin.

The dilemma of making the relationship public arises from the fact that the ex-boyfriend’s family knew her with her ex, but not the cousin.

My Ex-Boyfriend Cheated On Me With My Cousin, Friend – Juliet Ibrahim Shares Broken Heart Story

Read the narration below…

“Hi Auntie Momoza. Please keep me anonymous.
So I’ve been seeing this guy for almost a year now. It has always been kept a secret ever since we started the relationship, only a few of his friends know.
The thing is we want to make us official, so we can go out together in public but there is only one problem, he is my ex boyfriend’s cousin. I really love him and he is very nice, but the big issue is that his family knows me as his cousin’s girlfriend. I feel really bad, but all I did was to follow my heart, it wasn’t my intentions to fall for my ex’s cousin.
I just really love him and he loves me as much. I think he is afraid that I will take the ex back and break his heart once more. He even told me the reason he is strict is because he is trying to protect his heart from being hurt, which I understand and did my best to prove to him that it won’t happen again.💔
What should I do?” 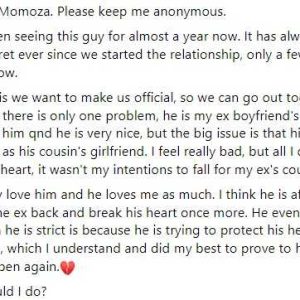