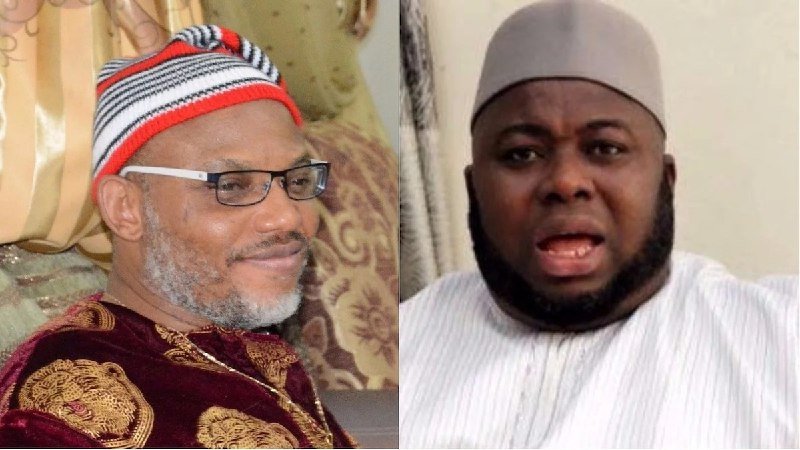 The Indigenous People of Biafra (IPOB) has accused Founder of the Niger Delta People’s Volunteer Force, Asari Dokubo, of conniving with President Muhammadu Buhari’s government to kill Biafra separatist agitators in the South-East and South-South regions of the country.

The group alleged that Dokubo was recruiting cult members to work against IPOB members and other agitators loyal to Nnamdi Kanu.

According to IPOB, the youth being recruited by Dokubo are to be paid N150,000 per month.

In a statement by its Media and Publicity Secretary, Emma Powerful, on Monday, IPOB said, “We are the global movement and family of the Indigenous People of Biafra under the command and leadership of Mazi Nnamdi Kanu.

“We wish to remind Biafrans and the people living in the coastal region of Biafraland which Nigeria falsely called South-South or Niger Delta, that it has come to the knowledge and attention of the global family of IPOB how Asari Dokubo and his co-travellers are recruiting cultists and some deluded and gullible Niger Delta militants to fight against the Biafran cause.

“We don’t want to dignify Asari and his criminal recruits with a response but for clarity sake we decided to make this public so that people should not blame us if anything happens.

“Biafrans living in both coastal area and hinterland are all part of our great nation. They must understand that Asari and his few traitors are trying to create confusion between Igbo Biafra and Izon Biafra but we are waiting for his recruited boys. He should not think that we are cowards. Let him venture and see what we are capable of doing.

“IPOB intelligence unit uncovered plan about how Asari is moving around coastal areas of Biafra land recruiting cultists and demented fellows to join the wicked Nigeria security forces, evil politicians including some governors in the South-East region to attack people and blame it on IPOB and ESN operatives. The public should know about this wicked plot in the coastal areas of Biafra by few enemies of Biafra restoration.

“Asari Dokubo has sealed his contract with the Nigeria Government and some South-East politicians in recruiting Ijaw youth to fight Biafra agitators in Biafra hinterland precisely IPOB and ESN operatives.

“Currently, they have opened two camps in Bayelsa and one in Igweocha. Some of the youths they approached refused the offer while some of them accepted the proposed salary of N150,000 monthly.

“Their plan is to merge these Ijaw militant youths with Nigeria military and JTF. They will have military uniforms and work with other security operatives to kill those agitating for the restoration of Biafra.

“IPOB members worldwide and ESN should take preventive measures very quickly to avert this evil plans by these murderous agents and their evil plans against Biafra restoration.

“We should not hesitate to officially notify the public and Biafrans through this press release especially PANDEF, Ijaw Youth Council, Elders and Traditional rulers of Izon and Ohaneze Ndigbo leaders including all other tribal leaders across coastal land of Biafra to call Asari to order because we are ready for them at any time they may come. We are aware of the amount paid to him by Hope Uzodinma, Nyesom Wike and Fulani people thinking that they can stop IPOB and ESN. We will disgrace him and his boys.

“IPOB members worldwide should take note of this treachery by Asari Dokubo and his partners in crime. They must know how some evil political and traditional leaders across mainland are colluding with the enemies to fight against the struggle.

“We want to alert Biafrans that Asari Dokubo is colluding with Fulani security forces and presidency to cause chaos and anarchy in Biafraland. They should never take us for granted. If Asari tries this evil agenda, we will smoke him out from Cotonou in Benin Republic where he has been hiding.”