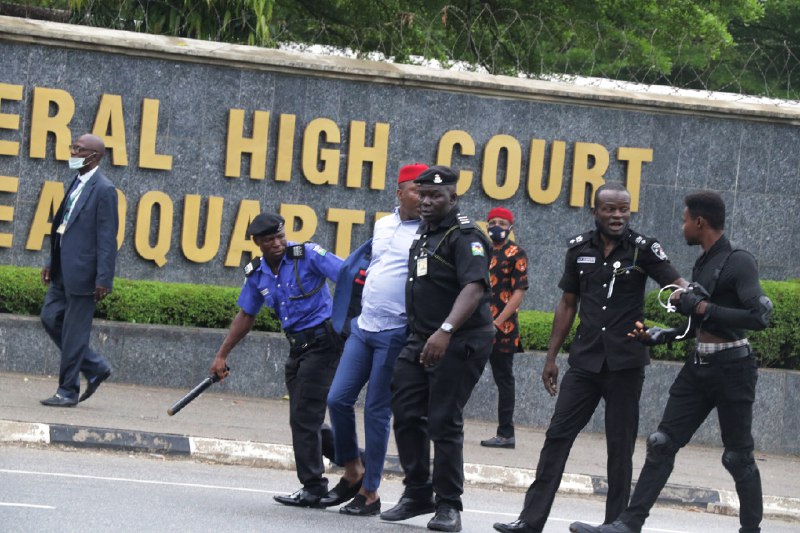 Operatives of the Nigerian Police Force have dispersed a former presidential aspirant and activist Omoyele Sowore and other individuals who were present at the Federal High Court to monitor the arraignment of the leader of the group, the Indigenous People of Biafra, Nnamdi Kanu.

Anaedoonline.ng reports that Sowore who arrived at the Federal High Court in Abuja on Wednesday morning was barred from accessing the court premises and was attacked by some hoodlums.

After which the Security operatives began to fire live ammunition into the air creating an environment of fear and disarray.

Anaedoonline.ng reports that Sowore, an activist had on October 21, 2021, visited the Federal High Court to witness the ongoing trial of Kanu.

Sowore who was also attacked then blamed the operatives of the Department of State Services for the attack on him.