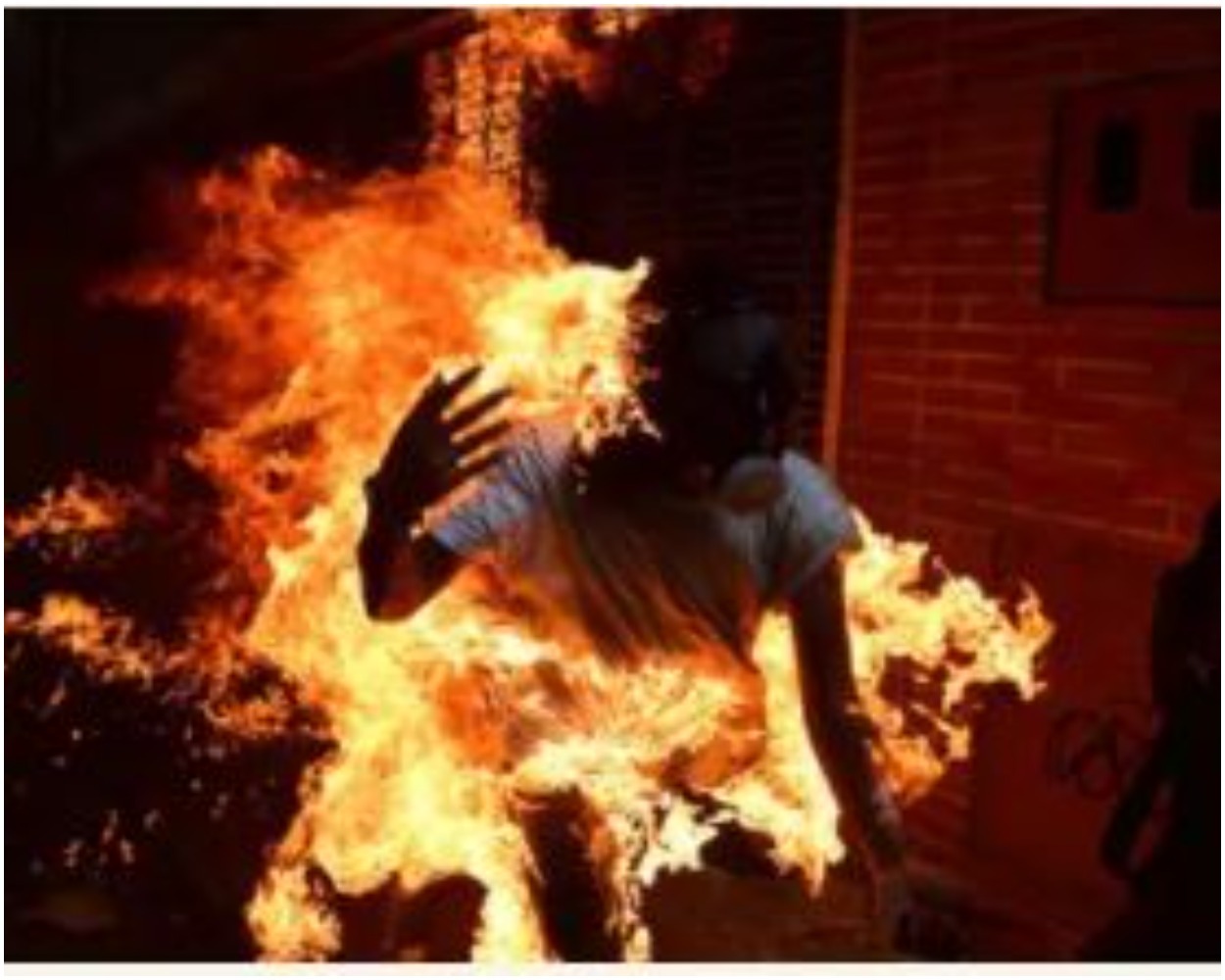 Two suspected armed robbers, who disguised as enforcers of sit-at-home order of the Indigenous People of Biafra (IPOB), were set ablaze by irate a mob in Onitsha, Anambra State.

The alleged robbers were burnt to death at MCC Junction, beside Conoil Filling Station, along Enugu/Onitsha highway on Wednesday.

Reports revealed that the suspects came on a motorcycle, allegedly robbed some residents in Awada of undisclosed amount of money, phones and other valuables and shot sporadically in the air to scare people before escaping.

However, they were given a hot chase and were nabbed after the MCC Junction.

It was gathered that the mob immediately placed the motorcycle on top of the suspected armed robbers and set them on fire.