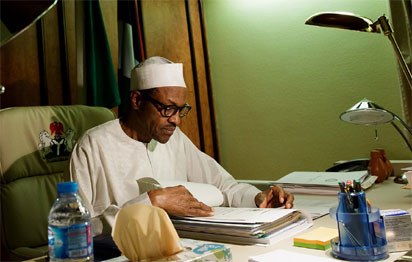 President Muhammadu Buhari on Thursday recalled an attempt to bomb him near the Kawo Bridge, while traveling to Katsina State in July 2014.

Anaedoonline.ng reports that the president stated this while speaking at the newly constructed Kawo bridge executed by the Governor Nasir El-Rufai administration.

He said ”there was an attempt to bomb me here…there was a market nearby .”….but his security escort were vigilant.

As part of Buhari’s visit to Kaduna, the president commissioned the ultra modern sports and shopping complex at Murtala Square Kaduna, where he reiterated the likelihood of his staying in Kaduna after leaving office.

Buhari commended the foresight and developmental strides of the El-Rufai administration.

He pointed out that Kaduna would be difficult for a long time visitor to recognise.

Earlier, Buhari was in Kafanchan, Southern Kaduna were he appreciated the numerous projects he commissioned.

The president thanked El-Rufai for building good roads and other infrastructural projects in rural parts of the state.

Abia State: Panic As Bomb Is Discovered In Primary School

Buhari and his entourage led by Governor Nasir Ahmad El-Rufai, were expected to be in Zaria in continuation of the projects commissioning.