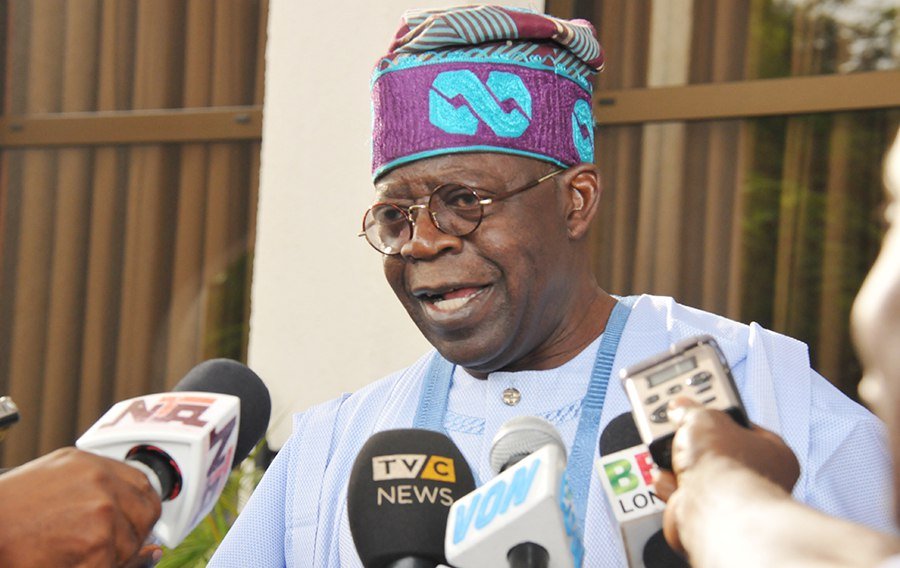 Reactions have trailed the apology tendered by the former Governor of Lagos State, Asiwaju Bola Ahmed Tinubu, over his recent misleading claim on the validity of Permanent Voter Cards, PVCs.

Anaedoonline.ng reports that the All Progressive Congress, APC, National Leader while addressing a group of women in Abuja yesterday, told them to go and get a new PVC ahead of the 2023 elections because the one in their possession has expired.

Tinubu’s claim had since received a series of backlash from stakeholders who described the politician’s report as misleading and untrue.

In response to the backlash that followed the misleading information, Tinubu’s media team issued a statement saying the APC chieftain flopped when he used the word ‘expire’ instead of stating that PVCs may have to be updated.

The statement read in part, “On Tuesday night in Abuja, Asiwaju Bola Tinubu granted audience to a delegation of women from Lagos and across the country attending the All Progressives Congress Women Conference. While charging the women to check the status of their voting cards and mobilize supporters to vote, he mistakenly used the word ‘expire’ instead of stating that the cards may have to be updated.

“Immediately upon being apprised of this, Asiwaju apologized for the incorrect statement and felt sorry for any confusion it may have caused. Asiwaju Tinubu also stressed that he appreciates the patriotic and necessary work of INEC and its personnel in assuring a free and fair electoral process for all Nigerians in all political parties.”

Following his apology, some Nigerians have taken to social media to slam the presidential hopeful to always confirm his claims before making them.

While his supporters appreciated the APC leader for taking the bold step of apologizing to Nigerians and accepting his mistake.

Below Are Some Of The Reactions:

@Greenaetion wrote: “And those who were with him were nodding their heads and saying YES to his lies. This is why Nigeria keeps falling because mature men and women are the ones cheering up evil and lies.”

@ogkuku2 wrote: “I admire your candour on this one. However, the answer remains No! You’re not getting my vote. Get some rest. #GetYourPVC”

@bankaulay wrote: “Tinubu has used up his good cards, he needs to go to the market for people who can, among other things remind him that the PVC does not expire.”

@ChibuikemModes1 wrote: “Tinubu said he was wrong? Wait! Tinubu admitted to being wrong in this Nigeria?

“What elections cannot do in Nigeria does not exist.”

9,000 PVCs YET TO BE COLLECTED IN NNEWI, SAYS INEC

@ucheya_clinton wrote: “Why won’t you claim to be wrong? Say the truth, you didn’t know that PVC means Permanent Voter’s Card which was why you made that expired statement of yours.

“#GoHomeTinubu you have nothing to offer Nigeria except playing an advisory role. #2023YoungLeaders is what we want.”

@AluyoCollins wrote: “Good PR! Admit where mistakes are made. But defending/justifying mistakes is a horrible PR strategy.”

@iamisrael2 wrote: “What about those standing beside and in front of him saying…yes, yes, yes,…won’t they apologise for saying YES, YES, YES?”