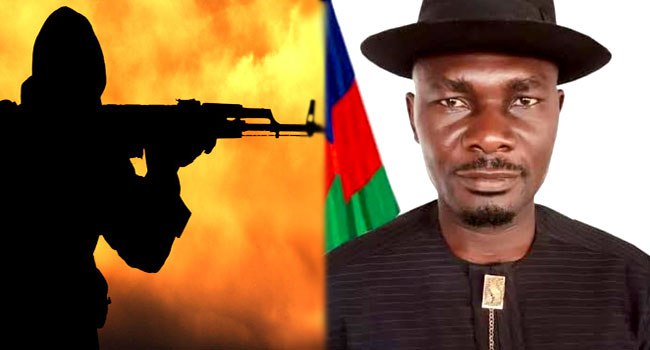 Reasons behind the abduction of the Bayelsa State Commissioner for Industry, Trade and Investment, Federal Otokito, has emerged.

Otokito was abducted from his room around 11 pm on Thursday during an invasion of his residence at Otuokpoti community, Ogbia Local Government Area of the state.

The commissioner was whisked away to an unknown destination by the gunmen in a speedboat.

Before the abduction of the commissioner, the armed gunmen had fired several shots to announce their arrival and to scare the residents of the community away.

Reports have now emerge disclosing that the gunmen have contacted the paramount ruler of his community.

A family sources disclosed to Newsmen, that the gunmen called the community chief on the phone and informed him that the commissioner was in their custody at about 5:30am on Saturday.

The source stated that the leader of the gunmen said they would release the Bayelsa commissioner only on the condition that his detained father was released by the police.

“They’ve not contacted the family but the actor (leader) called the paramount ruler that he actually did the kidnapping and the commissioner is with him,” the family source said.

“He called the paramount ruler at about 5:30am but did not demand ransom. The only seeming demand he placed is that his father held by the police should be freed. He threatened to come back to the community if his demand was not met.”

According to the publication, the gang leader had reportedly met with Otuokpoti community leaders before the abduction, where he sought to set up an illegal bunkering camp around the community’s bush.

After the gang leader and the community had sealed the deal, Otokito reportedly headed to the village and vowed that as a serving commissioner, he would not allow any illegitimate oil refinery to operate in the area.

He was said to have threatened to expose the gang’s business, warning them to stay away from the forest.