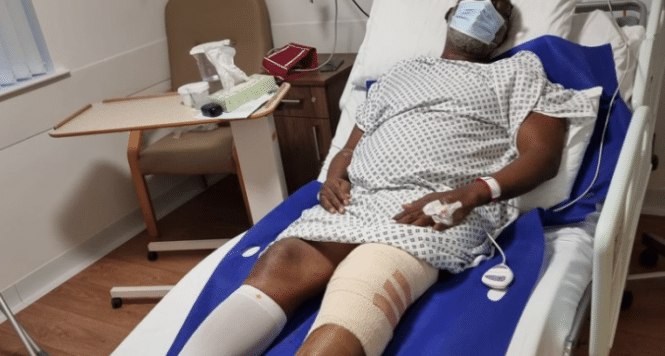 A former spokesman of the opposition Peoples Democratic Party (PDP), Olisa Metuh, has announced that he is down with an undisclosed ailment.

Anaedoonline.ng reports that the PDP chieftain, who was released from prison in December 2020, battled health challenges during his four-year trial.

During his court case, Metuh appeared in court on a stretcher, wheelchair and informed Justice Okon Abang of the Federal High Court in Abuja that his health was deteriorating.

As PDP Spokesman, I Never Regretted My Stewardship – Metuh Says

In a post via his Facebook, Metuh appealed to Nigerians to remember him in prayers over his worsening health condition, saying that he has had many surgeries in the last year.

The PDP chieftain said he received scary news from his surgeons, but he believes God would heal him.

He said: “In the last one year, I have had many surgeries and procedures and I am believing God this will be my last.

“No matter how angry you’ve been about my outspokenness or outright naked challenge to power back then, please pray for me.

“The cankerworm had eaten deeply into my health, it has not been easy and I have only remained whole through the mercies of God.

“I got some [scary] news from the surgeons today but my faith remains in God Almighty and with your prayers and by His stripes I am healed and would remain whole in Jesus name.”