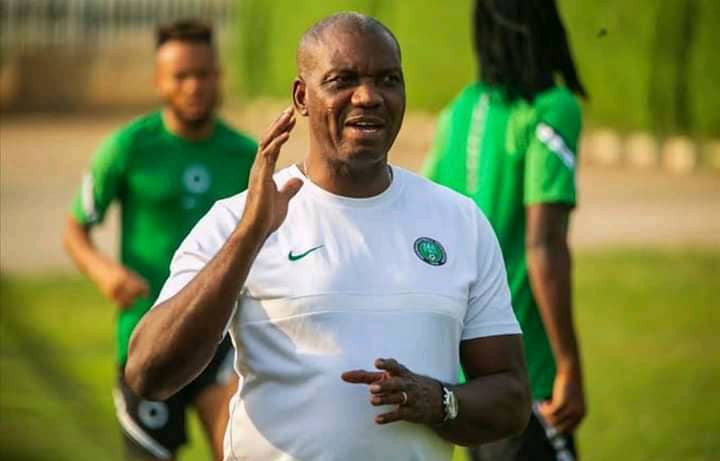 Augustine Eguavoen has left his role as the interim coach of the Super Eagles after the team’s ouster from the Africa Cup of Nations on Sunday.

After a perfect group stage outing, the team failed to defeat a conflicted Tunisia side to end Eguavoen’s hopes of keeping the job on a permanent basis.

Although the Nigeria Football Federation had engaged the services of Portuguese coach Jose Peseiro, there were suggestions that Eguavoen stands a chance of keeping the job if he could win Nigeria her fourth AFCON title. A 47th minute Youssef Msakni put paid to that hope.

In a post-match press conference, Eguavoen said that he has decided to return to his role as the Technical Director of the NFF.

“What happens next is that; I’m the interim coach and Technical Director of the NFF, I will go back to my position and allow the Federation make a decision on the way forward.” Eguavoen said.

Attention will now turn to the World Cup play-offs against Ghana fixed for March.