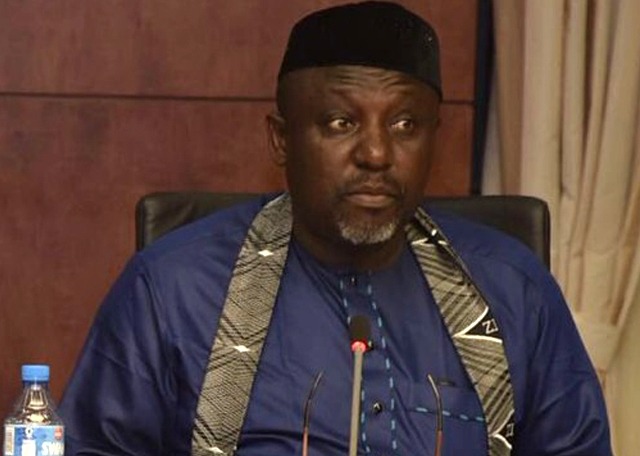 The lawmaker said he wants to contest the presidency on the platform of the All Progressives Congress (APC).

Anaedoonline.ng reports Okorocha stated this in a letter read on Wednesday during plenary by Senate President Ahmad Lawan.

He added that he would officially declare his ambition for the 2023 presidency at a world press conference scheduled for Monday 31st January 2022.

However, in another story, the Miyetti Allah Cattle Breeders Association of Nigeria (MACBAN) has denied endorsing the presidential ambition of Asiwaju Bola Ahmed Tinubu.

The National Secretary of MACBAN, Alhaji Baba Ngelzarma, gave the denial in a statement made available to journalists on Wednesday in Abuja.

Recall that a former chairman of the Jigawa chapter of MACBAN, Ya’u Haruna, had on Sunday claimed that the association had given its support to the National Leader of the All Progressives Congress (APC).

Haruna claimed that MACBAN’s decision to back Tinubu’s 2023 presidential ambition is due to the former Lagos governor’s contribution to the association over the years.

IPOB: The Igbos Are Not Alone, This Is Not 1967 – Fani-Kayode Slams Miyetti Allah

The MACBAN chieftain recalled how Tinubu intervened and resolved an issue that involved the association when it had a crisis in Benue State during his time as Lagos governor.

However, MACBAN National Secretary has said the association has not endorsed Tinubu nor any presidential aspirants for the 2023 general elections.

Ngelzarma said the association respects the aspirations of all presidential aspirants and said it is not yet time to single out an individual for support.