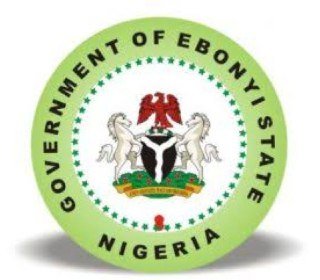 Commissioner for Information and Orientation, Orji Uchenna Orji, made this known during a press conference on Tuesday in Abakaliki, the state capital.

Anaedoonline.ng reports that Okorie, who represented Ohaozara/Onicha/Ivo Federal Constituency in the National Assembly between 2011 and 2019, is a member of the Peoples Democratic Party (PDP).

According to Orji, the former lawmaker is declared wanted for posting an inciting article on Facebook which led to a crisis in Ikwo Local Government Area of the state.

The commissioner added that Okorie’s article contributed to the beheading of an Ebubeagu operative in the local government two weeks ago.

Orji said the Security Council noted that Okorie and some other persons were accessories to the gruesome murder of the individual.

He said the council urged security agencies to expedite action on the investigation with a view to bringing those involved to face the law.

He said: “Council considered a report presented to it by security agencies on the beheading of an Ebubeagu official in Ikwo Local Government on January 9.

“The council noted the report on the issues and the revelations contained in that report and therefore resolved to declare wanted, Linus Okorie, for the publication of inciting statements, some of which were posted on Facebook that were traced to be part of the inflammatory publications that really incited that very tension that led to the beheading of the Ebubeagu official.”

In his reaction, Okorie has described the declaration as another ploy by the governor to silence opposition voices by criminalising its high profile leaders.

He alleged that the government was planning to use Ebubeagu to eliminate him on the excuse that he was evading arrest, saying it should be held responsible should anything happen to him.

Okorie further alleged that the government also planned to close down CitiHub, a popular event centre in Abakaliki owned by him.

He said: “It is also a ploy to distract attention from the carnage Ebubeagu has been wrecking on the people, as symbolised by the riots and killings in Akaeze in the past few days.

“Governor Umahi is simply looking for a high profile scapegoat to take attention away from the many lives being lost to Ebubeagu operatives across the state; and he has chosen me, using his state Security Council.”