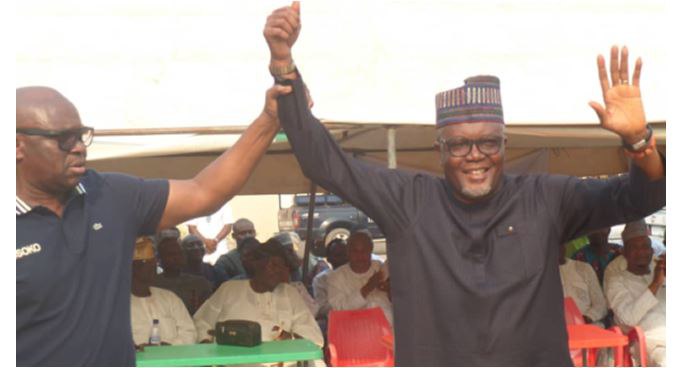 Bisi Kolawole on Wednesday, emerged as the Peoples Democratic Party (PDP) candidate for the June 18 governorship election of Ekiti State.

As earlier reported by Anaedoonline.ng, Kolawole polled 671 votes at the party’s primary election to defeat all other candidates including former governor of the state Segun Oni.

Kolawole was announced the winner by the Chairman of the Ekiti State PDP Gubernatorial Primary Governor Udom Emmanuel of Akwa-Ibom State.

Below are some interesting things to know about the PDP candidate, Bisi Kolawole who is heavily backed by former Governor Ayo Fayose.

1. Kolawole was the PDP Chairman in Ekiti State before he resigned in September 2021 to contest the governorship election.

2. He represented Efon constituency in the state house of assembly between 2007 and 2011.

3. During the administration of former Governor Ayo Fayose, Kolawole served as commissioner of environment between 2015 and 2018.

4. He hails from Efon Alaaye town in Ekiti State.

5. Kolawole was the campaign manager for two former governorship candidates in the state, Dayo Adeyeye and Olusola Eleka.